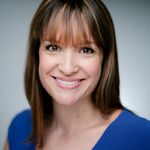 jmarquardt
Staff
Statisticians have their choice of playgrounds
Feb 17, 2016 3:33 PM

The world relies increasingly on data and statistics. Statistics serves as a bridge between the silos of science, it underlies the successes of commerce, and it guides the decisions of government. As statistician John Tukey once notably said, “The best thing about statistics is that you get to play in everyone’s backyard.”

Insights into climate change hinge on statistics. The investment industry and insurance could not function without statistical models and analysis. Statistics is central to modern drug development. And so on, endlessly. Statisticians truly do have their choice of playgrounds.

Many non-statisticians also recognize the importance of statistics. A geologist friend of Hand’s once expressed envy of statisticians for “inevitably being there when the data gave up their secrets and discoveries were made.”

But Hand strongly encourages us to raise public awareness of the foundational role of statistics. He wants everyone to understand that “statistics is the science of extracting information from data,” and “it is thus through statistics that we understand the world, make better decisions and improve the human condition.”

Hand is Chief Scientific Advisor to Winton Capital Management and Senior Research Investigator and Emeritus Professor of Mathematics at Imperial College London. He is a Fellow of the British Academy and a recipient of the Guy Medal of the Royal Statistical Society. He has served two terms as President of the Royal Statistical Society and is on the board of the UK Statistics Authority. He was made OBE for services to research and innovation in 2013.

We look forward to welcoming him to Amsterdam, and we hope to see you there!