You might say I love sports. I began swimming at a very early age and participated on swim teams for many years. Gymnastics, volleyball, softball, basketball and even track teams were all part of my life, and I loved playing and competing. So maybe that is why I always love watching the Summer Games!

I thought it might be interesting to look at data that gave details about the athletes themselves. In terms of height, weight and age, what can we learn about these athletes from around the world?

Using JMP, I looked at countries represented, ages of the athletes and BMI (body mass index). I found the most detail for the London 2012 summer games, and I decided to focus my analysis on medal winners.

The first graph I made was this Distribution, which showed that the median age of the 2012 medal winners was 26 years.

In this age Distribution, we can see the youngest athletes were 15 years old, and there were three of them. Two of them won gold, and the other took home a silver. The oldest was 56 and won a bronze medal.

I wondered which sports have the oldest and youngest athletes. The heatmap below helps us see that. What jumps out right away are the bright red spots, which show us that somewhat older athletes appear in the sport of equestrian. The average age for equestrian athletes is 38. In 2012, Mark Todd from New Zealand was the 56-year-old bronze medal winner in equestrian. What about the youngest athletes? The darker blue areas show the youngest to be the gymnasts. 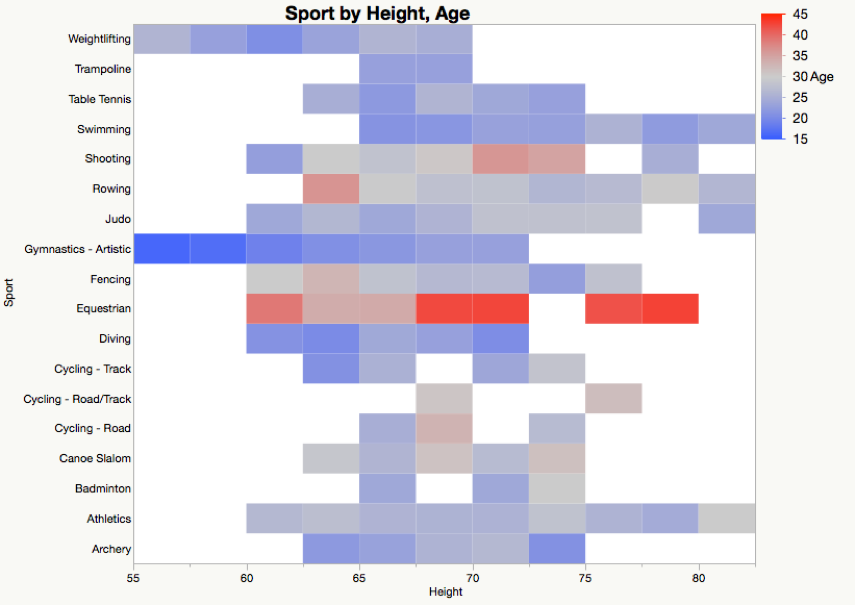 Next, I thought I’d add a geographic component to my data exploration. The graph below shows a world map of medal winners for 2012 athletes by median age. 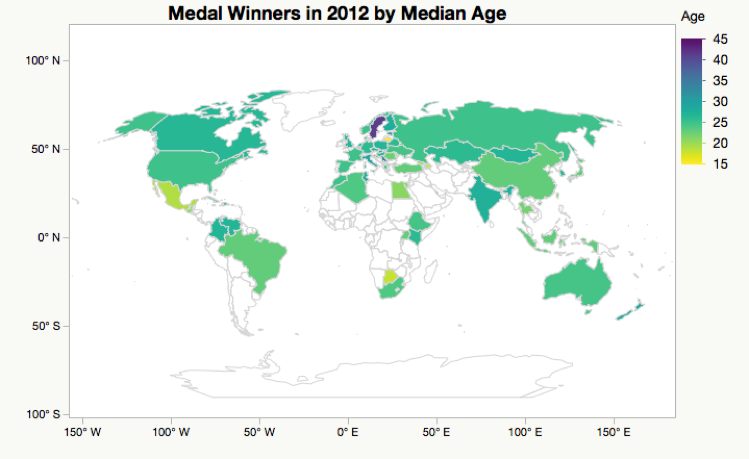 Here, we can see the older medal winners come from Sweden, one in shooting and the other in equestrian. I found this visualization helpful because the green area shows that most of the participants are in the 25-30 age range.

If you look at the heatmap above you and see that the tallest athletes are in athletics (track and field), judo, rowing, and swimming.

With the height and weight of athletes, I calculated their BMI using a formula in JMP. Most people know this metric as a way to understand whether their weight is healthy or not. According to the NIH website:

A BMI of 20-25 would be considered good, depending on your fitness level. So, what does the BMI of elite athletes look like?

It was surprising to see this, so I selected the lowest values of the Distribution and discovered that they were in the sports of athletics and diving (see below).

I’ll end my exploration of the data with a look at which country has the most medals. Some countries no longer exist and/or have become other nations. I didn’t recode the data in any way, but rather analyzed it as is, using the original name of the country that won the medals.

Currently, the United States is more than 1,000 medals ahead in total medal counts for the Summer Games, with the USSR (Russian Federation) in second. This graph shows totals through 2012, with any country that had won 250 or more medals. 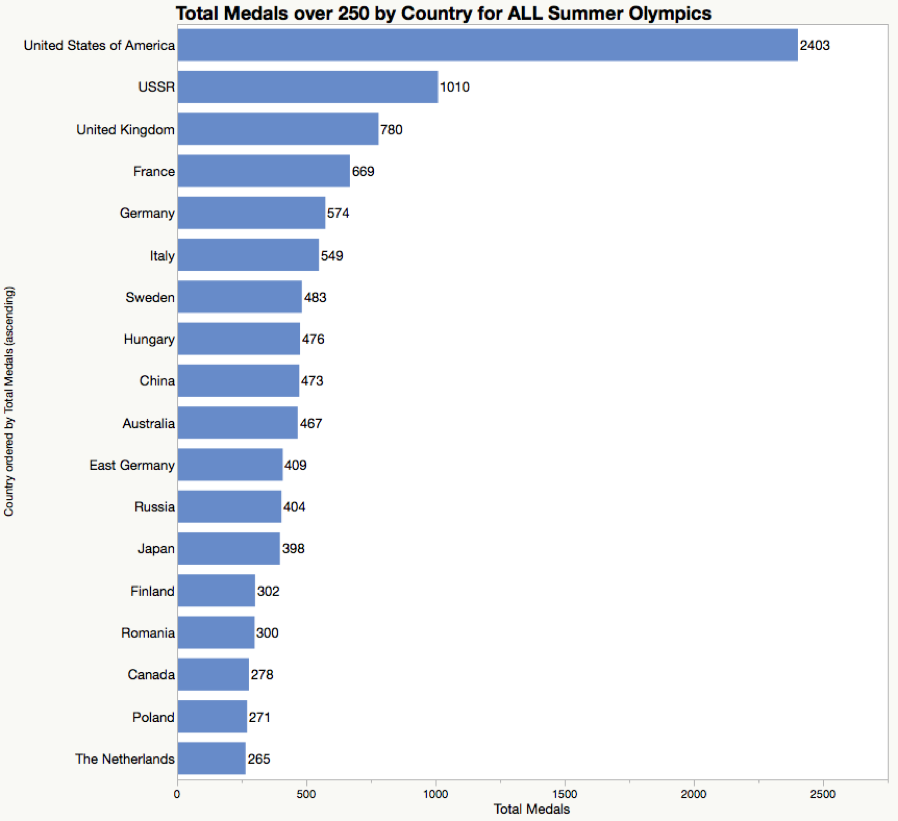 I am presenting a poster on Summer Games data at Discovery Summit 2016, so look for it there if you are going.