JMP users have spoken! On LinkedIn and Facebook, they overwhelmingly chose Ronald A. Fisher as the influential statistician to be profiled first in the JMP Blog as part of our celebration of the International Year of Statistics.

Here's what some voters had to say about Fisher:

The first Monday of each month, we'll have a post on one of a dozen statisticians. The 12 statisticians were selected by John Sall, co-founder and Executive VP of SAS and chief architect of JMP.

So we begin with Fisher! There's plenty to say about him -- indeed whole books -- but here's a sampling of information about him, largely from Wikipedia and the Encyclopedia of Statistical Sciences (2006). Let me know your favorite facts about Fisher in comments. 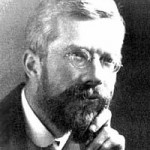 Awards/Recognition: Fellow of the Royal Society (1929), Royal Medal (1938), Guy Medal in Gold (1947), Copley Medal (1956), Knight Bachelor by Queen Elizabeth II (1952), Darwin-Wallace Medal (1958). He received honorary doctorates from a number of institutions, including Iowa State University (where he had been a visiting professor), Harvard University and the Indian Statistical Institute.

Interesting Facts: Fisher had poor eyesight, which made reading difficult; so he learned through listening to others read aloud to him. He started out studying mathematics (and excelling at it) but began to focus on statistics because of his interest in evolutionary theory. After marriage, he became a subsistence farmer. Fisher helped form the Cambridge University Eugenics Society in 1911. He was the father-in-law of George E.P. Box. 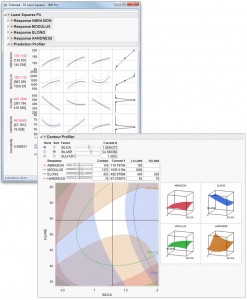 Notable Quotes: “To consult the statistician after an experiment is finished is often merely to ask him to conduct a post mortem examination. He can perhaps say what the experiment died of.” Presidential Address to the First Indian Statistical Congress (1938).

“We have the duty of formulating, of summarizing, and of communicating our conclusions, in intelligible form, in recognition of the right of other free minds to utilize them in making their own decisions.” “Statistical methods and scientific induction.” Journal of the Royal Statistical Society, B, 17, 69-78 (1955).

“I am a well-known statistician and a fairly well-known geneticist, but I have never been consulted on any appointment to a University post in statistics or genetics outside my own Department.” Quoted by A.W.F. Edwards (1990), R.A. Fisher, Twice Professor of Genetics: London and Cambridge, and, “A Fairly Well-Known Geneticist” Biometrics 46, 897-904 (1957).

For each of the monthly entries, it would be helpful if you could post a short suggested reading list of papers and books by and about the statistician of the month. Thanks.

The role of statistics in the top public health achievements of the 20th century - The DO Loop wrote:

[...] between statistician Jerome Cornfield (and colleagues) at the National Institutes of Health and Sir Ronald Fisher, a heavy smoker who was a brilliant statistician but a bully toward those who disagreed with him. [...]

rightly known as the father of modern statistical theory