This is part 3 of a series of blog posts on the bootstrap feature in JMP Pro, Version 10. Previously, we exploited the fact that Distribution will give Bootstrap confidence limits anytime that there is a BootID• column present in the data table. Part 1 introduced one-click bootstrapping in JMP Pro.

The basic idea is that you send a select message to one or more tables in a JMP report and then send a bootstrap message to one of the tables. The result will be a series of bootstrap sample data tables for each selected table in the report. You still need to join those tables together somehow, either using Join() in JSL or interactively using the Join feature in the Tables menu.

Why might you want to simultaneously bootstrap multiple tables from a JMP report? Well, you might be interested in the variability of multiple statistics in a report that you suspect will be correlated with one another. Using the same bootstrap sample for each bootstrap analysis allows you to investigate the suspected correlation. 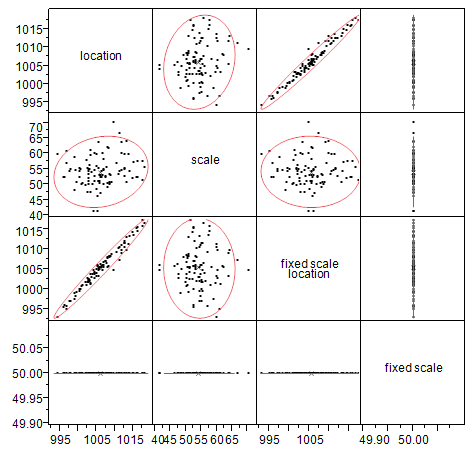 Here's the key JSL to accomplish the simultaneous bootstrap:

If you have ideas of situations that would benefit from simultaneously bootstrapping multiple tables from a JMP report, please share them in the comments section.