As in many areas of JMP, there are too many new features supporting experiment planning to cover in a single blog post. So, I will just introduce the top few. When JMP 11 begins shipping in September, I plan to post about more new features and with more detail.

What is the coolest new tool for experiment design?

The most eye-popping new feature to me is the new space-filling design tool that supports placing design points in non-rectangular regions. Space-filling designs are very popular in experimentation with complex deterministic computer models. Such models give the same answer if you supply the same inputs, so controlling variability is not an issue. The goal of experimentation with computer models that may take hours or even days to produce a single observation is to find a faithful approximation to the computer model that is much faster. You can then use this approximation to make predictions at untried points. Or, you can develop intuition about the relationships between the inputs and outputs of the computer model by making graphs using the simplified approximation model. Building such graphs using the computer code itself would take way too much time because of the huge number of points required to make such a plot. We call the new designs Fast Flexible Filling designs because they are fast to generate, they provide great flexibility in describing the region of experimentation, and they do a good job of filling the space.

Can you show us what you mean?

Here is an illustrative example. Suppose that you were studying air quality over, say, North Carolina. You would likely be interested in covering the entire state in a uniform way. Of course, you have a limited budget of air quality monitors, say 100. The design question is where to locate the monitors. Figure 1 shows the 100 point Fast Flexible Filling (FFF or triple F or F cubed) design for this problem. 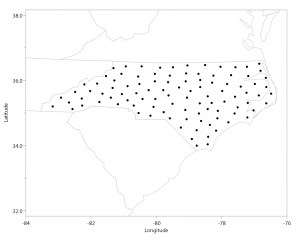 You can see for yourself that the points do a good job of covering the state in a uniform fashion.

What other new design capabilities are notable?

A second feature that I particularly like was implemented by a new member of the JMP Development Team, Ryan Lekivetz. Ryan has a Ph.D. from Simon Frasier University ,and his dissertation topic was in design of experiments. Plus, he is a whiz at C++ programming, which makes him perfect for helping me build new tools for experiment design. He is from Canada, but we won’t hold that against him, eh?

Anyway, Ryan has added a powerful new capability to the screening design tool in JMP. Previously, screening designs were limited to factors having only two levels (OK, there were a few designs for a limited number of factors with three levels). The new capability creates orthogonal or near-orthogonal designs for cases where factors may have more than three levels. Imagine if you had four machines and six operators and each machine had 11 knobs for controls. How would you design a screening experiment for this problem? 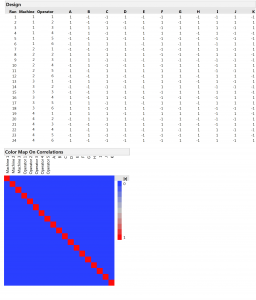 Figure 2 shows the design found using Ryan’s new algorithm for finding orthogonal or near-orthogonal arrays. As you can see in the Color Map On Correlations, this design is orthogonal for the main effects.

The last big feature that is new in JMP 11 is Definitive Screening Designs (DSD). I have written a blog post and a journal article about these designs before, but until now, investigators wanting to use these designs needed to install an add-in. In JMP 11, the DSD tool is available as the second item in the DOE menu.

So far, real-world applications of DSDs have been extraordinarily successful. Thanks to my colleague Lou Valente, I was lucky enough to be involved in one such application that won the American Statistical Association’s Statistics in Chemistry prize.

DSDs have quite a few very desirable properties. They are inexpensive, requiring only roughly twice as many runs are there are factors. They are orthogonal designs, so you can estimate the main effects with very high statistical efficiency. They are three-level designs, so you can also detect curvature in the relationship between any factor and the response of interest. The main effects are also independent of any two-factor interactions and none of the two-factor interactions is confounded with any other two-factor interaction. In fact, if there turn out to be only three important factors, you can fit a full quadratic model for those three factors no matter which factors they turn out to be. So, in a sense, these screening designs are also greedy response surface experiments. 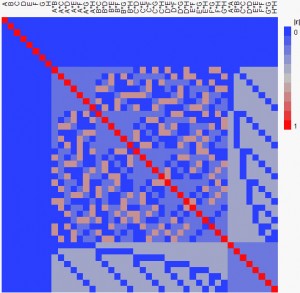 Figure 3 shows a Color Map On Correlations for an eight-factor DSD.

I'll reiterate that these are just the top three new features. I would like to mention that many designers other than the Custom Designer are now scriptable using JSL. There are also revamped power calculations in the Custom Designer that will be the subject of at least one future post.

Note: This post is part of series of previews of JMP 11 by JMP R&D members and technical experts. The JMP Blog will feature a new preview every Tuesday until JMP 11 is released in September. Check out all of the JMP 11 previews.

Thanks; this is great! Keep up the good work.