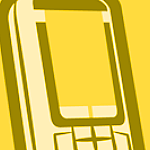 Jul 28, 2010 12:01 AM (2622 views)
I run a factorial experiment in reactors with e.g. pH and Temp as factors. Additionally, I want to take time as a factor, because I typically sample over time and I'd like to use this information too in my evaluation in jmp. To me, this appears not to be not fully randomized but rather a repeated measurement kind of design. As far as I have seen, repeated measurements are typically done with individuals, but they are not defined by different factor settings.

How is such a design correctly modelled in jmp?
0 Kudos
Reply
6 REPLIES 6
Highlighted

Jul 28, 2010 1:47 PM (2566 views)  |  Posted in reply to message from joberi 07-28-2010
It sounds like to me that each row or treatment combination is an individual run and within that run you are measuring your response over time therefore I would treat each measurement at a given time as a response or Y and analyze the design in that manner.
0 Kudos
Reply
Highlighted

Aug 1, 2010 2:12 AM (2566 views)  |  Posted in reply to message from joberi 07-29-2010
Like Lou, it seems to me that your "individuals" are effectively different combinations of reactor settings, in which case I'd have thought you should be analysing it as a repeated measures design, which is one of the MANOVA options. (One potential problem I can imagine is that if you've got a large number of time points you might possibly not have enough degrees of freedom left to compare the levels of your main factors, but that would be dependent upon the actual design used. You could probably sidestep a problem like that by just analysing the time points that are relevant to whatever it is you're trying to find out: for example, if all your sequences of time points were almost dead straight lines, there wouldn't be much point including all the intermediate ones in the analysis, since an analysis of just the first and last one would give you almost as much information, and save a lot of degrees of freedom by your not having to waste them estimating a lot of intermediate autocorrelation parameters in which you've no real interest.)

Another way you might be able to tackle it might be to see if you can identify any features common to the time variable and re-express the analysis in those terms: for example, if you expected every sequence of time points for any one combination of settings to be a realisation of an exponential decay curve, you could log all your data and analyse the whole thing as a multiple regression problem in which you'd test for both lack of parallelism and lack of linearity. Having said that, if you did something like that you probably ought to be trying to incorporate the autocorrelations between successive time points into the analysis as well, though I'll guess that a lot of people probably wouldn't bother.

You last post suggests that you have a choice when it comes to deciding which samples you draw: could you elaborate on that? I'd originally assumed that the design was completely orthogonal, but if it isn't, then maybe some sort of EVOP approach might be more appropriate to the problem. Just a thought.
0 Kudos
Reply
Highlighted

Aug 9, 2010 9:23 AM (2566 views)  |  Posted in reply to message from 08-01-2010
Hi David,
Thanks for the comprehensive answer. The MANOVA approach appears to me very reasonable, I, however, don't know, how to get predictions or find optimum solutions from that. That means I have about 3-4 sampling time points and the response is clearly depending on time. There is also an interaction between my factors and time (which is significant in the MANOVA). So I think I should not simply average the points over time.
Ideally I would just use time as a factor, identically to my other factors. From that I could also find the optimum "harvest" time point, also depending on the others factors settings.
0 Kudos
Reply
Highlighted

Aug 10, 2010 8:55 AM (2566 views)  |  Posted in reply to message from joberi 08-09-2010
I think - though I'm not sure about this - you may have difficulty reconciling the requirement to predict response over time with the need to set up time as a factor for inclusion in a repeated measures design, because the latter would require it to have its modeling type set to nominal or ordinal, whereas calculating a prediction (at least for any time) would need it to be continuous.

If Time is treated as a continuous variable, you could generate a prediction for any combination of pH, Temperature and any specific time simply by adding extra rows onto the bottom of your data set for the factor levels for which you want predictions, but with the value of the response variable set to missing. Once you've fitted whatever model you want to the data, click on the "Response" tab's red triangle and select "Save Columns | Predicted Values". That will add a column to your original data set containing the predicted values of every factor combination in the study, plus any time levels (including ones you haven't actually tested if you wish) that you're interested in.

Setting those extra factor levels in a systematic way would provide you with the means to fit a response surface "slice" of any cut through your data... but in doing something like the above, obviously you'll have disregarded completely any autocorrelations that might exist between the successive time points. I'm afraid I don't know how to accommodate autocorrelations into such an analysis - which is why I guessed earlier that most people would probably ignore this little extra complication.

It's a long time ago now, but I seem to remember that Snedecor & Cochran's book on statistical methods once used to contain an example involving the baking times of 45 cakes made with different recipes to illustrate how to analyse a split-plot experiment, in which the error structure was assumed to be different inside the basic experimental unit, i.e. a cake (for within-cake comparisons involving time) compared with the error structure outside the "plot" (for between-recipe comparisons). I'm wondering therefore whether treating your experiment as a split-plot might go some way towards allowing for the effect of those autocorrelations (though obviously an analysis that incorporates them explicitly ought to be more appropriate). If it's of any help, this link http://support.sas.com/kb/24/512.html contains a link to a downloadable paper which describes how to both design and analyse a split-plot experiment in both SAS and JMP.
0 Kudos
Reply
Highlighted 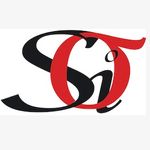 Aug 1, 2010 8:14 AM (2566 views)  |  Posted in reply to message from joberi 07-28-2010
Some additional food for thought...So you set up a treatment and run that treatment for X time. You could:
1. use control charts to analyze stability (IR)
2. Calculate an average and standard deviation over the time and do the analysis on both response variables (since these are not replicates, they do not give you more degrees of freedom, but can give you two response variables)
3. treat the time as if it were Blocks (how many will depend on the ability to identify subsets of time where the noise within the subset is somewhat stable). Write the model with the main effects, interactions, blocks and block by factor interactions.
0 Kudos
Reply
Article Labels