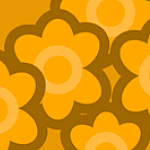 Thanks Mark. Just to clarify, a significant p-value for the test indicates overdispersion. And it then automatically adds an overdispersion parameter to the model? Or does it just estimate the magnitude of the parameter needed?

Edit: Additionally, what does the Deviance parameter in the Goodness of Fit test signify?

The whole model test is based on a likelihood ratio test between your model and the reduced model. It is an omnibus test to decide if the model, as a whole, is significant compared to the marginal distribution (response independent of all terms except intercept.) We generally hope that this test is significant!

Thanks for the reply Mark. If I have a significant deviance test, what would be the appropriate next steps to address this bias? Both my Pearson and Deviance Prob>ChiSq are significant no matter what predictors/covariates are included.

Edit: The help books provided in JMP state that if I have a significant deviance test, I "may need to add higher-order terms to the model, add more covariates, change the distribution, or (in Poisson and binomial cases especially) consider adding an overdispersion parameter." Besides changing the distribution, I can't really pursue any of these other options.

I understand. I think that including the over-dispersion parameter helps a lot. Even so, the significant deviance means that you must accept biased estimates of the parameters and the mean response if you choose to use this model. The linear predictor may include transformations such as powers and cross terms if the data set supports their estimation. If you have a continuous predictor with only two levels, then you cannot include powers, for example.

Your model might be limited by the data that is available.