I believe the theme of the question I'm about to ask has been addressed in a few previous posts, but the ambiguity in the specifics of the context of the askers (including the versions of JMP they used) makes it difficult to decisively tell if the proposed solutions apply to my situation or not. This, along with how involved most of the proposed solutions seemed to be and the lack of a clear feedback (from the askers) on their effectiveness, was not very encouraging to invest the time in trying them out. So I'll try to explain my situation visually as much as possible so that others can determine the relevance of this question (and hence of the proposed solutions) to them.

I have developed an add-in that produces a report as shown below (details have been redacted): 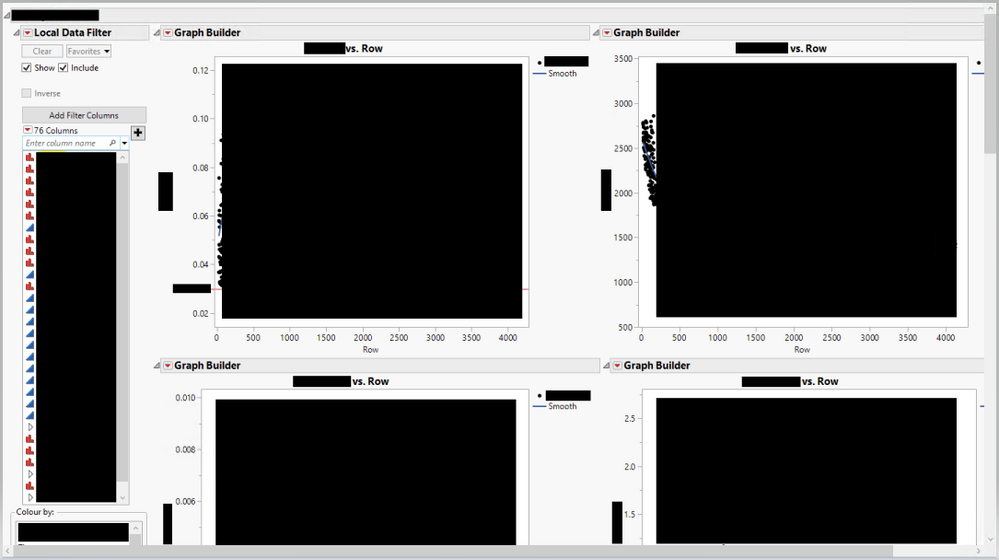 As you can see, I have a 'Local Data Filter' and 'Colour by:' boxes on the left. However, the part relevant to this question are the graphs on the right. Currently when I export the plot to PowerPoint I get the following output (information exported from JMP are redacted in black, and that which is part of the organisation's template in red): 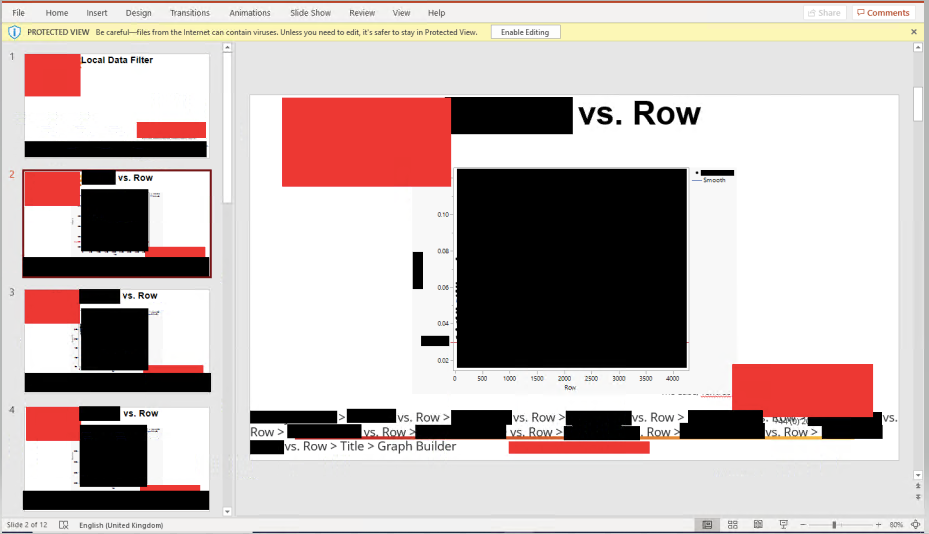 However, I would like the output to be as follows: 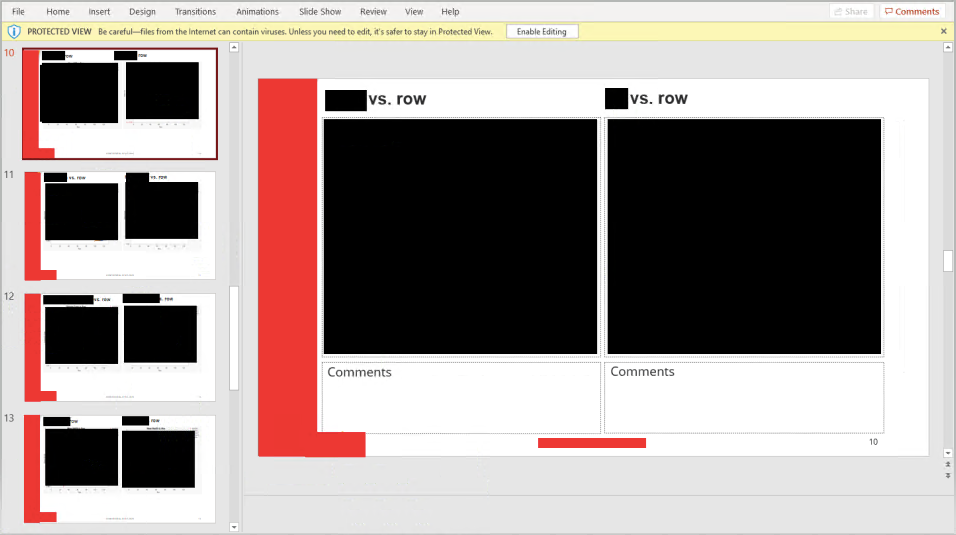 In the latter output - created by copy-pasting from the report - I have two graphs per slide, situated in a particular position in a particular template and with no superfluous details as appears in the bottom of each slide of the former output. This question could be generalised to the following: how can I have more control on the format of the output of the Export (to PowerPoint) functionality in JMP?

Thank you in advance!

Re: Controlling format of output PowerPoint slides generated from exporting from JMP

There are a couple of ways to do this. You could of course combine the figures in one window using a horizontal list box or some other dashboard-application builder-like approach.

If you just use JMP to generate figures (.emf for example) then Insert and Link them in your power point slide, using the layout features in  ppt to align and edit sizes for each slide, then you can end up with exactly what you're looking for.

So why use inset and link when putting the .emf figures into ppt?  If you save the ppt file and Jmp figures to the same folder, then you can over write the jmp figures, and then re-open your ppt file. When you re-open ppt goes and picks up the linked files, by name.  And poof, your ppt deck has new figures.

Of course this is going to take a little bit to set up the first time, but dang, after that you're golden.