Sign In
Turn on suggestions
Auto-suggest helps you quickly narrow down your search results by suggesting possible matches as you type.
Showing results for
Show  only  | Search instead for
Did you mean:
The World Statistics Day celebration continues here in the Community. We all need reliable data for sound decision making. Do you have a data source that you trust most? Head over to Discussions to tell us about it.
Options
Choose Language Hide Translation Bar
20 Kudos

In the current version of JMP, in order for a user to view a particular variable, the user needs to use the find dialog. The same is required if the user needs to replace a variable across the entire script. It would be much more smoother experience if when a user selects a variable, all the instances of that variable are automatically highlighted in the script and similarly a suggestion is offered where when the user edits the name of a variable, they are prompted with an inquiry if they would like all instances of the variable to be replaced. This is a feature that is prominently offered in Matlab. 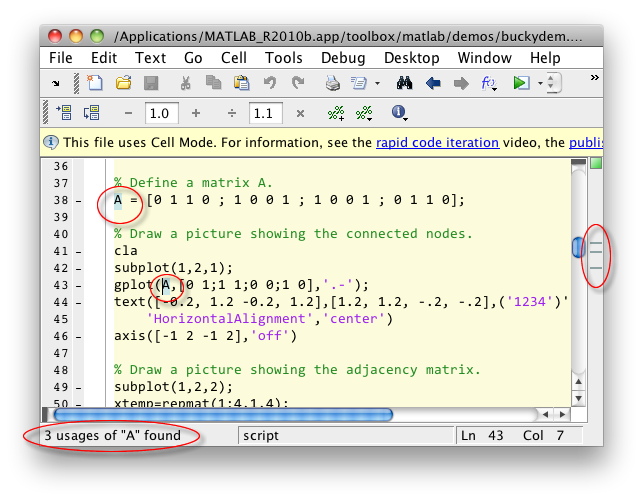