Raspberry, bottom, and camera, top.https://en.wikipedia.org/wiki/Raspberry_Pi is a $35 computer; a camera adds another $25. Add in a power supply and an internet connection and it is remotely accessible. How can JMP access it?

In this example, plink (part of the PuTTY suite), and RunProgram (part of JMP), connect JMP to the Linux command line interface in the Raspberry Pi. JMP sends the raspistill command, with parameters that tell the Raspberry Pi how to take the picture and where to put it, then JMP closes the connection and displays the picture from its location on the network.

See https://community.jmp.com/t5/Uncharted/Can-JSL-talk-to-Linux/ba-p/33689 for similar ideas using non-Raspberry Linux machines. One of the issues is avoiding password prompts by creating a public/private key pair; I used puttygen (PuTTY suite) to make my public/private keypair (not shown), and I made my JSL a lot simpler by saving a profile in putty named camera; the profile has the connection information: 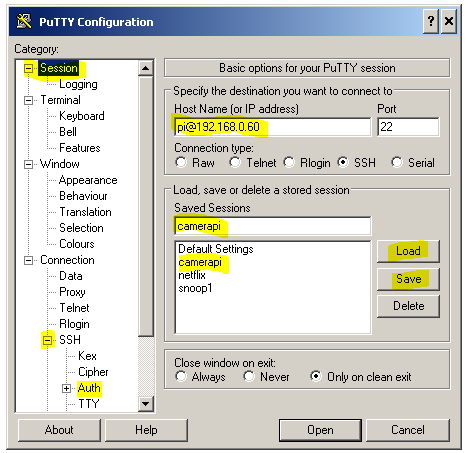 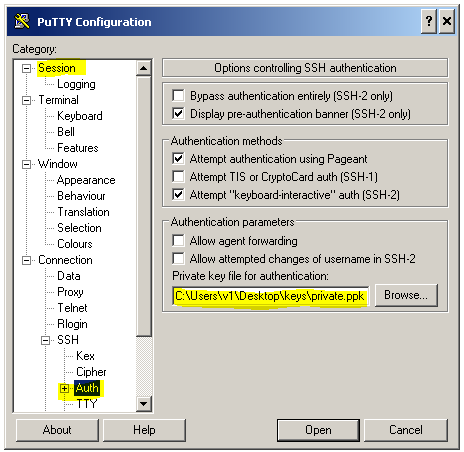 Now the profile is also available to plink as camera. So, here's some JSL to login:

This JSL leaves rp holding a RunProgram object that is running in the background, waiting for the shell program on the Raspberry to produce some output...which it copies to the JMP log window:

The white log window contains the same login results as the black shell window. The ESC stuff color-codes the output so I get a cyan prompt. And the RunProgram object is still waiting to pass some commands to the Raspberry Pi. Construct a command and send it:

This produces some more output in the log window:

The command is in yellow, it runs silently, and prompts for another command

At this point the RunProgram connection can be closed; sending the exit command to the running shell is the best way to disconnect cleanly:

Again, there is a bit of log window output:

The shell is now closed

The remainder of the JSL will wait, as needed, then clean up:

Because I waited for the output already, it just says "Done". You might need to add wait(0.1) before the if( canread/canwrite/isReadEOF ) test to get Done every time.

Now grab the picture from the network and show it: 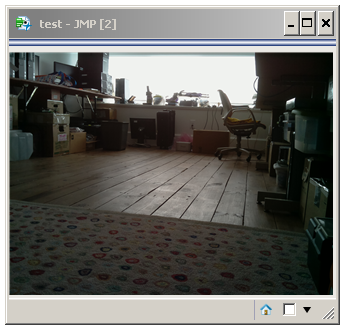 The camera is pretty basic, maximum resolution is 2592x1944 (I think this is the original 5M camera, there is also an 8M version) but does allow controlling exposure time and analog gain and can retrieve raw pixels from the sensor.