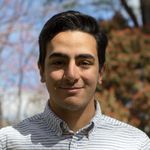 What if you wanted to predict how many out of 100 employees will eat a donut at the office on Friday?JMP is an extremely powerful statistical discovery tool and is adept at creating a variety of statistical models. However, if you want to comprehensively evaluate thresholds for a predictive binary classification model, it would require multiple platforms and multiple steps. A Discovery Summit 2018 talk will explore the challenges of evaluating and selecting thresholds for classification models. I joined the team of @KarenC and @mia_stephens to create an add-in to facilitate model understanding and threshold selection.

Let’s walk through an example with the attached data table. It’s Friday donut day at the office, and you want to predict how many out of 100 employees will eat a donut. You gather data on whether each person consumed a donut as well as a number of predictors and you fit a model to estimate probabilities of consumption. Now you want to explore the tradeoffs associated with each model cutoff point. The idea is to select a cut-off to minimize donut waste on future Fridays. There are three columns:

After download and installation of the add-in, open the Donuts Blog Example.jmp data table. The data is formatted such that there is one numerical, continuous column that models the probability of the targeted outcome, in this case our Prob[Donut] column. This column can be created in JMP by saving a fitted model for a binary outcome with “Save Probability Formula.” The other required column is the actual outcome state as character and nominal, in our case the Consumption column. You can optionally add a validation column that will add additional output in the platform based on the validation category. If you use JMP Pro, you can do this easily be going to Analyze -> Predictive Modelling -> Add Validation Column. The validation column can have two or three categories and needs to be made up of numeric values.

Step 1: Cast the Prob[Donut] to X and the Consumption to Y. These two columns are required.

Step 2: Set your target level to “Donut,” as that’s what the model is predicting.

Step 3: Set your alpha level for the statistical analysis, which is left to 0.05 on default.

Step 4: You have the option in the top right to choose the Performance Terminology based on a given application field, which is a purely visual option for the labels of the different measures. In this case, we’ll leave it on “General.”

Step 5: The visual accessibility check box is a feature to change graphical output to be able to interpret results without needing to distinguish colors on the graphs, which we’ll leave off for now.

Step 6: With all these initial parameters set, click “OK” to launch the platform. Depending on the size of your dataset and whether or not you used a validation column, this may take a few seconds to launch.

In addition to the platform, a new data table will also launch. This data table takes the Prob[Donut] and Consumption columns, and for each person’s probability of eating a donut, it creates counts for true positives, true negatives, and false positives, and false negatives by looping through all the people and comparing the current person’s actual consumption and consumption probability to the other individuals.

The misclassification rate is the sum of false positives + false negatives over the total number of observations in that row.

If you used a validation column, there will be an individual table opened in the background for each validation category along with one table with all the subsets joined together.

Back to the platform. The first graph we see is a standard ROC curve, graphing Sensitivity against 1 - Specificity along with the area under the curve with a 95% Wald confidence interval. To the right, we have a cluster graph showing visually the distribution of the binary classification outcomes. The y-axis shows the modeled categories and the x-axis is the model score. The vertical slider is at the current threshold. Red points are points where the model incorrectly predicted donut consumption whereas blue points are correctly predicted.

Interactivity of the PlatformIn the second row, we have the numerical analysis. The performance measures table provides estimates and confidence intervals for seven different measures. Prevalence is the proportion of employees who have actually eaten a donut. The true positive rate/sensitivity and true negative rate/specificity were discussed earlier and are also included here. The positive predictive value (PPV) is interpreted as how well a positive donut outcome predicts an actual donut consumption. NPV is the opposite, how well a negative donut outcome predicts an actual lack of donut consumption. The positive likelihood ratio (LR+), is how much the odds of the donut consumption increase when a test returns positive for donut consumption. LR- is the opposite, or how much the odds of the donut consumption decrease when a test returns non-consumption. To the right of the performance metrics, we can see the 2x2 confusion matrices showing rates and counts of TP, TN, FP, and FN. Shown next to it is the misclassification rate and the Matthews Correlation Coefficient (MCC). The MCC is another measure of binary classification quality, with a value of 1 meaning every person who was predicted to eat a donut actually ate one, 0 means the model is equivalent to random classification, and -1 is total misclassification, where every predicted donut eater did not eat one. The Error Tradeoff Curve in the bottom row shows the line graphs of false positive and false negative error counts with a custom red triangle option to change the Y-Axis to rates rather than counts.

Alternatively, use the slider or editable number box under the outline box “Set Probability Threshold” above the confusion matrices to change the threshold. These drag markers and sliders are all synchronized, and when you move one, the others move as well. What these sliders are doing is setting the new probability threshold, the point that determines the binary classification of whether the model predicts that you will consume a donut. Increasing the cutoff will set a more stringent threshold for the model to predict the donut consumption and vice-versa. For example, if you set the threshold to 0.8, that means for the model to predict that you will consume a donut, you must have a Prob[Donut] > 0.8, otherwise it will predict that you will not consume a donut.

The “Minimize Misclassification” button sets the optimal cutoff that minimizes the sum of false positives and false negatives. In turn, it also maximizes MCC.

In the custom “Threshold/Cut-off Analysis” red triangle at the top, you have the ability to display a Lift Curve, in addition to a Cumulative Gains Curve if you’re a Pro user, to the bottom of the output. These options are also available for each Validation category under the performance measures red triangle when using a Validation column.

You will also see the menu option “Cost Based Threshold,” which opens a new window that calculates an optimal threshold based on classification costs. For example, say you have a donut consumption prevalence of 0.5, a TP and TN classification cost of 0, a FP cost of 1, and a FN cost of 3. In this example, it is three times more costly for you to have a false negative donut classification as it is to have a false positive, possibly people would get three times more upset about there being a shortage of donuts rather than surplus. With these costs, the optimal threshold is 0.25, which you can manually enter into the number edit box.

Cost Based Thresholding Lastly, you have the option to save a new classification column to your original data table, which creates a new Consumption column based on the current cutoff.

This add-in is an extremely powerful tool to evaluate cutoffs in any classification model, whether it’s predicting donut consumption or defect rates in manufacturing. By having all the graphics and tables in one highly interactive platform, data visualization and model threshold setting are straightforward.

What type of models are you evaluating with this add-in? Let me know in the comments below if you have any suggestions!

That looks like a really nice solution to an important challenge for predcitve modellers.

A note from the app team: If you have a large data set, be patient. The script will run.

I saw this demonstrated in October at the JMP conference.  Now I am finally giving it a try with my real data.  I took a sample of n=1000 of my data file which is about n=10,000.  Anyway, my Y,response variable is a typical 0/1 binomial.  When I click to enter it into the "Y,Response" box I get a "JMP Alert" message--> Subscript Range in access or evaluation of 'Assign' , newCol[i] = /*###*/"No" /*###*/".  It still lets me put the variable in and then I plug in my column of probabilities into "S, Predited Value".  When I hit Run I get the message--> Name Unresolved: targetselect in access or evaluation of 'targetselect' , targetselect/*###*/.  And there is no output.  Any ideas?

Nor do I find a button 'minimize misclassification" in the Set Probability Threshold section.

Finally, The MCC is not calculated (Matthews Corrolation Coefficient).

Maybe, meanwhile there is anupdated version?