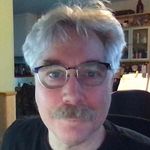 Working with matrices is both convenient and fast. Many functions that work on a single value can also be applied to an entire matrix. In addition, functions such as V Max, V Mean, and V Quantile can be applied to a function of the matrix (columns, in these situations). This month’s challenge aims to take this to the next level. We’ll be looking to extend this functionality to functions that aren’t available in JSL, and to do it for both matrices and lists.

Deadline for entries is 11:59 PM Eastern US Time on Monday, August 17.

11 Aug 2020: There's been a bit of confusion over a few aspects of the challenge. Let me see if I can clear things up:

Hope this makes things clearer. If not, please let me know.

Thanks for the clarifications Don.  For applyFunction, is fn expressed as a string?  If fn can be any function, how do we know whether or not it can applied to individual elements? - applyFunction just sees a function name as an input parameter, it has no knowledge of what the function is capable of doing?  And if ListIn is a list of numbers then it would make sense to sum the entire list, but alternatively each item might be a list in which case it might make sense to return a list of sums.

Let's use the following assumptions:

Hopefully that makes things a bit clear. Again, if not, please let me know.

That is perfectly clear, and I'm happy to work with those assumptions.

However (sorry!) I can immediately think of a counter-scenarios: the JMP functions Concat Items and Contains process entire lists rather than individual elements.  And whereas I would want Sum to apply to the entire list, I would want Round to apply to elements.  (Could we not have a flag parameter to indicate whether the function operates at the list level or at the level of individual elements).

Sorry again, I feel like I am being a pain.

No problems! This helps elucidate the issues with trying to do this. Let's add a flag as the last argument to applyFunction to indicate whether it should be applied list-wise or element-wise.

Just time to maybe squeeze one last question.  ArgList - is is a list of arguments or an actual JMP list:

If I don't hear from you I will assume it can be either!

@David_Burnham I was assuming the 2nd.