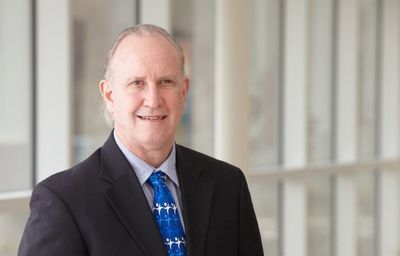 Staying in the comfort zone of what we 'know' comes at a cost, says Dr. Bradley Jones.

Change is hard, says Dr. Bradley Jones. And resistance to change is a natural and often predictable reaction. Yet there is a cost to avoiding new ideas and novel ways of doing things.

"It is easier to remain in the comfort zone of what we think we 'know.' Doing this imposes the cost of certitude," says Jones, who is Distinguished Research Fellow at JMP.

It's this cost of certitude that Jones will warn against in his keynote talk at Discovery Summit Europe in March. His speech will include stories of critics "mistaking masterpieces for rubbish" as well as examples of his  own resistance to new ideas.

I recently asked him to give us a little preview of his subject.

Why should organizations learn to embrace rather than dread change and new ideas?

There is an explosion of new knowledge. Disruptive technologies are forcing companies to change or become obsolete. The rise of artificial intelligence is one such technology that will lead to driverless cars, among other advancements.

Can you share a little about one of the stories of critics "mistaking masterpieces for rubbish"?

T.S. Eliot was a great (perhaps the greatest) 20th century poet. Here is a reviewer’s take on The Wasteland, one of the most important poems of the 20th century: "Mr. Eliot has shown that he can at moments write real blank verse; but that is all. For the rest, he has quoted a great deal, he has parodied and imitated. But the parodies are cheap and the imitations inferior." I wonder if this critic was eventually embarrassed by this arrogant critique.

What’s an example of your own resistance to new ideas?

When Dennis Lin reintroduced the idea of supersaturated design of experiments in the late 1980s, I laughed at the idea thinking it was ridiculous. How wrong I was! Supersaturated experiments allow for identifying the important factors among many with fewer runs – hardly ridiculous.

Want to join us in Frankfurt to hear this speech by Bradley Jones? It's not too late to sign up.