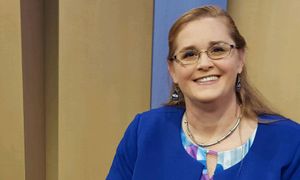 Making decisions as an individual is hard enough: Which mattress should I buy? How much should I donate? Should I take that job offer?

But what if you are part of a group at work that has to make decisions? That type of decision making brings its own set of challenges, says Christine Anderson-Cook, Research Scientist at Los Alamos National Laboratory.

Anderson-Cook has worked with the Statistical Sciences Group at Los Alamos National Laboratory since 2004, and leads projects on complex system reliability, nonproliferation, reducing carbon emissions and statistical process control. So she knows what it's like to work on teams that have to make decisions, and she has studied the process of team decision making. I asked her a few questions about the topic.

I think a couple of things make decisions with a group tricky: First, the nature of the problems assigned to groups or teams are generally those for which there is no simple answer. Teams get involved when there are known trade-offs between alternatives and the wisdom of the group is sought to figure out what makes the most sense.

Second, our priorities are a reflection of who we are and our experiences. So different people will place different emphasis on various aspects of the decision, leading to different top choices. By talking through the criteria and the strengths and weaknesses of the alternatives, the group can generally find a solution that strikes the right balance of performance.

Is there a way to improve decision making in organizations?

I think there are two key elements to making better decisions: First, it is important that the foundation of the discussion is centered around having shared, valid, relevant data on which to anchor the team members' opinions. If everyone is looking at a common set of data which best summarizes what is known about the different choices, then the team can make fairer assessments.

Second, I think that our natural tendencies are to pick our top candidate and to start to defend it against other possibilities. If the team starts with discussion about the goals of the decision, what aspects of the choice are important, and what metrics should be used to quantify those aspects, then there is potential to build consensus about the collective priorities. Building on this common ground and armed with the right data, discussions about the top choices are likely to be a bit less contentious and with an understanding that no one is likely to get everything they want.

How has using data and following a structured process affected you?

One of the things that has struck me about studying the decision-making process for teams is how much of our thinking and evaluating of choices happens in our subconscious. Often we pick our favorite choice without explicitly walking through a process. When the steps to a decision are unpacked and explored individually, I often end up with a deeper understanding of why I chose what I did, and have the ability to defend that choice to others.

In addition, there are irrational choices -- like picking a lower-quality item that costs more -- which should be removed from the discussion objectively. Different from those items, there are lots of choices that are rational, that differ primarily based on what we prioritize. Recognizing that "wrong" and "I would have done it differently" are fundamentally separate, has been a real revelation. It has allowed me to have better appreciation for cognitive diversity -- we think and decide differently. Incorporating a group's collective decision-making ideas often leads to better, more creative solutions.

Anderson-Cook is a keynote speaker at Discovery Summit 2017. You can learn more about her and read the abstract of her talk, "Leveraging Data: Your Ally in Decision Making." You might also like to watch her appearance on Analytically Speaking.

I look forward to Anderson-Cook's Discovery presentation.  Always interesting are the roles of listening, hearing and synergy to yield a decision that is better than the sum of its parts (better than any one person's decision).

Nice share Arati.We literally could apply DOE to decision-making.  "Often we pick our favorite choice without explicitly walking through a process."