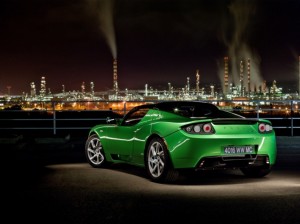 In my first Control Chart Builder blog post “Control Charts are easy in JMP 10,” I used a column named “Date” on the X-axis. When I downloaded the data, it didn’t arrive as a date; I had to create the date column from the original month and year columns. Traditionally, when you had more than one variable or column of interest on an axis, you needed to create a new variable with a formula similar to Char(:Month ||“ “||:Year) – which concatenated the levels of the original columns. Additionally, to have the axis sort correctly, you often needed to add Value Ordering as a column property and arrange the levels into the order desired. 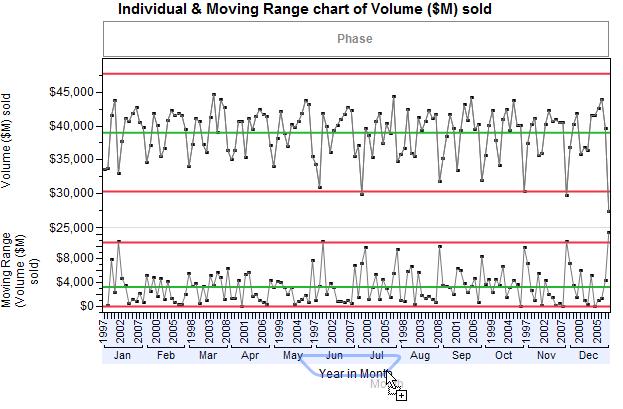 Plotting Year within Month doesn’t make sense, so while still dragging Month with the mouse, we need to move Month up to a different drop location. 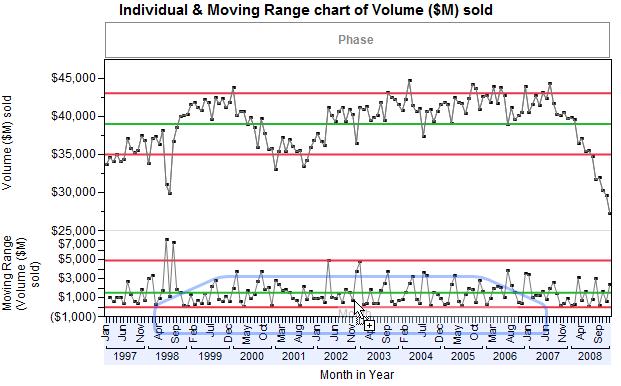 The results look good in the hint display, so let’s drop Month inside the graph. 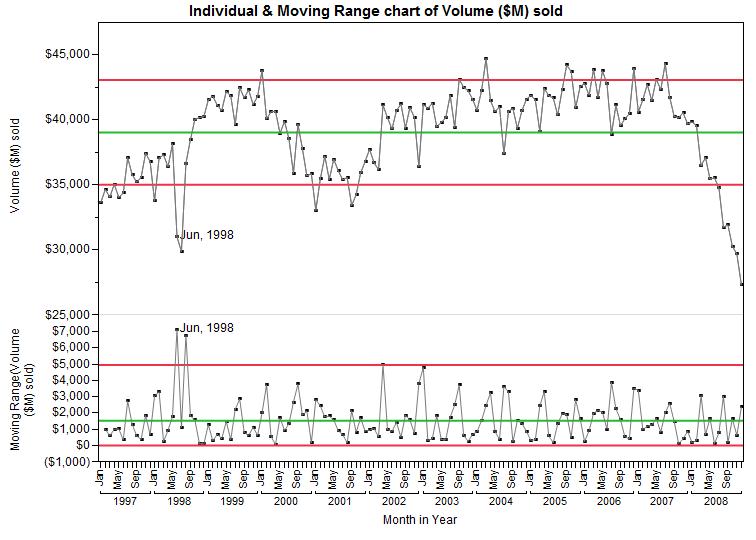 Although it’s the same graph as my first blog post, seeing the axis grouped by years is much cleaner for me to read. Plus, it’s faster than creating a new formula column and adding value ordering.