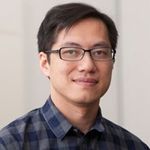 Thank you, @arati_mejdal and JMP team for inviting me to guest blog here. I specialize in data visualization criticism, and have been blogging at Junk Charts for the past 12+ years. In my blogging, I take a critical look at published dataviz work, with a close read on how design decisions affect reader's perception and emotional response to data visualization.

It's immediately obvious that this chart requires a heroic effort to decipher. The question shown in the chart title "How many senior investment bankers left their firms?" is the easiest to answer, as the designer places the number of exits in the central circle of each plot relating to a top-tier investment bank (aka "featured bank"). Note that the visual design plays no role in delivering the message, as readers just scan the data from those circles.

Anyone persistent enough to explore the rest of the chart will eventually discover these features:

These design features cause many, if not most, readers to give up before they understand fully what the designer means to convey.

In rethinking the visualization, one needs to clarify the intent of the chart. I decided to switch the layering structure: each plot now shows a different metric used to compare the nine top-tier banks. This reflects the expectation that readers are more interested in comparing across banks than within a specific bank.

The last decision I made before arriving at the above sketch is the grid layout. I originally made a 1-by-6 layout but ultimately chose the 3-by-2 layout. The former asks readers to absorb six metrics and nine banks all at once, while the latter stages the presentation so that readers can hold just two metrics in their heads at any time.

Designers should recognize that readers have no prior engagement with the data set. After spending hours, if not days, with a data set, we lose the perspective of someone examining the data for the first time. The key is to break down the complexity.

Thank you for the post. The 3x2 layout conveys the comparison. However, specific information such as the number that left JP Morgan to its peers is not easily discernible. Adding labels or minor grid lines representing 2 would help.

There are so many questions on this blog regarding Graph Builder, it would be informative if you posted the JMP table with the saved script for your graph as a table script.

BTW, I really liked that your post documented that the final graph is typically not the first graph that you create. Thanks again.

When I first saw this chart as a teaser on Junk Charts my immediate thought was "Chord Chart". I'm still not convinced that this would be a bad option for this data.

junkcharts
Level II
How do I attach a file here? I will send the original dataset to Arati who can figure this out. Chord chart would be ok if the point of the diagram is to show each individual movement. But in that case, a matrix is less pretty but easier to process.
0 Kudos

Hi Kaiser, Looks like you do not have edit privs here.  Just email me the .jmp file with scripts saved and I will upload it here.  Gail

We have attached both the Excel and JMP files now.