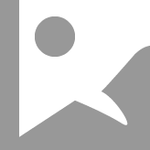 The sudden outbreak of 2019-nCoV new crown pneumonia affects the hearts of the people around the world. Facts have proven once again that the openness, transparency, and effectiveness of information are extremely important for disease prevention and control, because people make reasonable judgments based on the information they obtain. Once the information is transparent, timely, and true, people will naturally abide by government policies. Go out less, wash your hands frequently, wear a mask, and don’t disturb the country.

We see that major mainstream media platforms have launched live reporting columns for the epidemic in order to facilitate the public to understand the epidemic situation in the first place. So, as a world-leading statistical analysis software, what benefits can JMP bring to the public in terms of information sharing? In fact, JMP Live, as the latest family member of JMP15 , is the best partner to share all kinds of JMP interactive reports. JMP Live uses JMP's powerful statistical analysis and visualization functions and extends to the Web . With JMP Live , you can more easily display data and share findings. Next, we will briefly explain the basic process of publishing reports through JMP Live based on some basic retrospective data of the China epidemic during the period from the end of January to the beginning of February .

First, you need to prepare and organize the reports to be published. For example, the epidemic release information of the major mainstream media that you can see includes the following categories (disclaimer: the following data are all from online public channels and are for reference only. If there are errors or omissions, please understand):

It is obvious that the population flow before the closure of Wuhan mainly flows to Hubei Province (such as Xiaogan and Huanggang), surrounding provinces (such as Henan and Hunan), and first-tier cities (such as Guangdong, Beijing, and Shanghai) in order. The actual distribution is roughly consistent.

Finally, it should be noted that the above is just the general process of JMP Live release. When data is updated, you can also use JMP 's JSL scripting language to implement real-time update and rolling release of reports. For these advanced skills, we will discuss in a bit Post release.