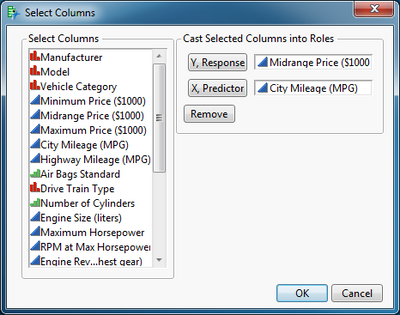 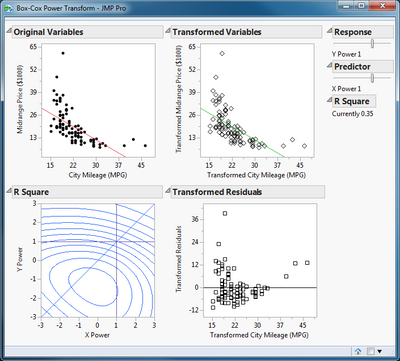 The initial result presents for plots as the main feature. These plots, starting in the upper left and proceeding in clock-wise order, are: 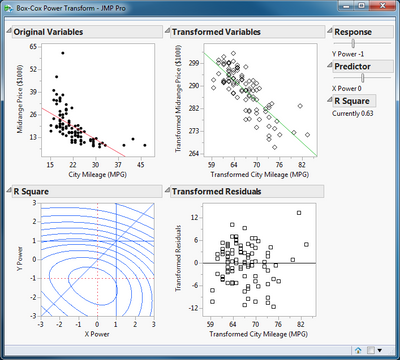 The R square is now 0.63, the relationship is now essentially linear, and the errors are homoscedastic.

Note that the Box-Cox Power Transformation for the dependent variable is available in the Fit Least Squares platform.