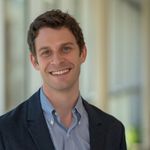 While you can open these data with JMP, many of the scripts require JMP Pro capabilities. 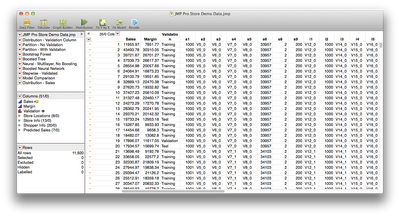 These data describe sales and margin data for 11,920 stores. The goal is to predict sales from 13 store demographic and 20 shopper info predictors. There are several scripts in the data table. The first Distribution script shows partitioning the data into training, validation and test sets. The next set of scripts build multiple models. And finally, there is a script for comparing the predictive performance of these models using the Model Comparison platform.

Partitioning the data into training, validation and test sets: 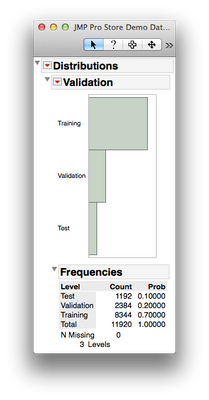 Scripts in the data table to build the following models:

Seven columns are in the data table, which are the saved prediction formulas generated by these 7 built models. 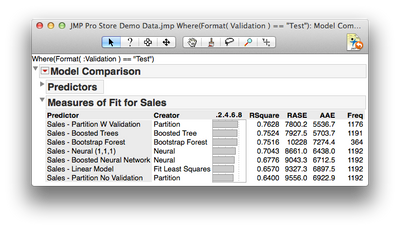 Then use the last Distribution script to communicate findings with others. 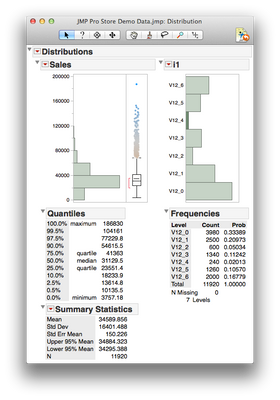 AM I being dumb? I don't see the data table attached

Sorry about that Dave@Pega-Analytics -- should be attached now.