Sign In
Turn on suggestions
Auto-suggest helps you quickly narrow down your search results by suggesting possible matches as you type.
Showing results for
Show  only  | Search instead for
Did you mean:
The World Statistics Day celebration continues here in the Community. We all need reliable data for sound decision making. Do you have a data source that you trust most? Head over to Discussions to tell us about it.
Topic Options
Choose Language Hide Translation Bar
Highlighted 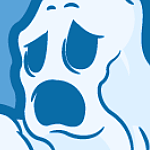 Sep 25, 2019 11:36 AM (658 views)
Hi,
I have some questions regarding DOE regression equation.
I don't understand why Minitab converts the regression equation into uncoded units and why is it possible only for hierarchical model?
Is there a mathematical equation between coefficients of the coded and uncoded units? and how can I interpret the uncoded coefficients?
Thanks,
0 Kudos
Reply
5 REPLIES 5
Highlighted

I cannot speak to the behavior of MINITAB but I can explain the difference between the model parameters when the factors are coded or not.

We should at least center our variables when using regression or another linear model technique because it helps reduce the correlation of the estimates. It also provides a meaningful interpretation the intercept: it is the mean response at the origin of the data. Without centering, the intercept often has no real physical meaning. Finally, the scaling aspect means that all the estimates represent half of the change in the response over the entire range of the factor. This way, the estimates a scale invariant and they can be compared, if we are exercising the widest possible range for each factor. (For example, which factors produce the largest effect?) That is not possible without coding. I can make the estimates arbitrarily small or large by a change of scale. (For example, change the units of a dimension from meters to light years and you will see what I mean.)

You can remove the coding after you fit the model. This way you can see the unit change in the original scale. Save it as a column formula, open the formula editor, click the red triangle near the keys at the top of the editor and select Simplify. The centering and scaling in the formula involves only constants so they can be converted without loss.

NOTE: it is very important that you maintain model hierarchy if you intend to convert between the coded scale and the original scale.

Using the original factors and the coded factors give identical model predictions, but we usually expect more of our models.

I attached a script for a demonstration of coded levels from our introductory DOE course. You can play with it and the side panels provide the formulas to convert between the two forms of levels.

Learn it once, use it forever!
What Are Coded Levels.jsl
0 Kudos
Reply
Highlighted

I am sorry. I did not answer the part about why it is only possible for hierarchical models.

I co-authored an article in an old issue of "The JMPer Cable" about his behavior. It starts on page 9 of Issue 24, Spring 2008.

Thank you that was very helpful

Thank you that was very helpful