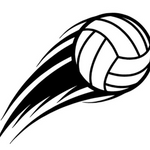 Utilizing JMP software’s built in reports of Process Screening, Control Chart Builder, and CUSUM, JMP scripts were created that could quickly generate random normal data and example signals, analyze combinations of varying k and n for the “n out of n+k” rule, and at the same time compare to traditional tests and CUSUM. The scripts extracted when tests were triggered, determined how many signals were detected, and how many false positives and false negatives occurred. Examples for different scenarios were compared.