In the semiconductor manufacturing for automotive, the components are subjected to hundreds of parametric tests, at every manufacturing step, from the wafer probe step to the assembly one.

The figure 1. the distribution for a parametric test: we want to detect the part that shows test results far from the normal process variability limits: it is called an outlier, and a univariate outlier in the case of the distribution of only one test. Figure 1: distribution for a parametric test

There will be four chapters in this presentation.

A first chapter will describe several techniques that are possible to be run with jmp. Last year, they have been tested for an automotive valve driver, and how they are launched and run with jmp will be presented.

That will be the opportunity to discuss about space size in a second chapter, and efficiency and yield loss in a third chapter.

Finally a fourth chapter will present a specific platform in jmp to screen the outliers.

2.    Some multivariate technics with jmp

There are two types of multivariate analysis:

-the analysis that don’t need a learning step;

-and the analysis that need a learning step on first customer returns.

The methods without learning step are based on a threshold and that threshold is directly linked to the yield loss. So, the challenge is to set a threshold capable to detect outliers and returns with a low yield loss.

The second method is the k-means clustering method. It consists in building of k groups or clusters, one part being assigned to the nearest cluster.

The third method used is deviation estimation from a linear regression: in that case, tests are studied two by two. It is a bivariate method used when the tests are highly correlated.

In the discriminant analysis, we search a test result combination that allows to predict if a part is failing or not: it is about again a Mahalanobis distance. For that test combination, the distance is maximal between the two groups.

In the Partial Least Square, we search to select tests where the variance that is to say the data brought by them, is maximal but also where correlation between parts and response ‘failed or not’ is maximal.

We will speak later about yield loss: all the outliers are not going to fail and decision for rejecting of more outliers fits with decrease risk to have returns but directly fits also with a higher yield loss. A method will succeed in detection if the yield loss is low: it is a success criteria.

Now, we present some results obtained with several methods from the two types, with or without learning step. The case study is an automotive driver part. On one return, the typical univariate analysis failed to detect abnormality on the failed part. For the analysis, we used a file of 745 tests and 13 000 parts, including the return.

See the scripts saved in the files: ‘Multivariate analysis.jmp’, ‘Bivariate and PCA.jmp’ and ‘Partial Least Square.jmp’. Finally, for our case study, best multivariate method without learning is the Mahalanobis distance, that succeeds to detect the return with a yield loss of 0.36%. We will see later how to reduce this yield loss that is too important.

For our same case study, methods with learning failed; one reason seems to be that the group of failing parts is constituted only by one return.

So, Mahalanobis distance without learning stays the best multivariate method in that case. But, again, yield loss is far too high.

An analysis on a high space size takes computing resources, time and therefore cost, which motivate to reduce space size. But there are other reasons to reduce space size: we obtain better results on reduced space when the useful data is concentrated rather than diluted on a lot of test results. The multivariate analysis work better also on correlated tests.

With test reduction, we reduce also the overfitting risk.

It is possible to reduce space size, reducing the number of parts, too: it may be the opportunity to reduce noise selecting the parts from homogeneous data: for example, the results will be better performing an analysis on a wafer lot, at the probe step, rather than performing it at the assembly test, on several wafer lots, with more parts.

There are 3 means to reduce space size:

-the first one is a statistical analysis, like a Principal Component Analysis (PCA);

-the second one may be functionality criteria when we want to focuse on some functional blocks, for example;

-the third one is linked to noise reduction as I already told earlier, focusing on a wafer lot.

We performed a typical PCA on the automotive valve driver of our case study: unfortunately, after a space size reduction, yield loss was higher to detect the same return. That seems coherent with the fact that a PCA is going to search for majority data. We are going to speak again yield loss: efficiency of a method is measured by yield loss in relation with rejection level. A real mean to increase efficiency is noise reduction. Noise may be linked to the test conditions, for example when the gage has been poorly studied.

For the case study, we wanted to vizualize noise due the 4 sites on which the parts were tested, with some statistical analysis (‘noise analysis.jmp’).

The first one is a new k-means clustering method led on the test results: we succeeded to clearly see two clusters. One of them gathered data from only one test site. And the other one, the 3 other sites. This result was confirmed by a contingency analysis. It is always possible to lead a more typical ANOVA analysis. In that example on one test, we see clearly that a mean for one site is different from the three other ones. Finally, the best opportunity to reduce noise is of course to lead a gage study and to take corrective actions against the noise sources revealed by the gage study. For this case study, where the noise is found after part tests, a possibility could be to shift and to align all the means for each site. That decreases yield loss.

Another quick possibility to screen outliers and remove them from a data file is the new ‘Explore Outliers’ platform. The last two options on that platform fit with multivariate analysis of Mahalanobis distance estimation and k-means clustering method. Second step is to run the multivariate analysis. Mahalanobis distance is the most used spatial distance. Implementation challenges or difficulties are different if the method is either with or without learning step.

The last step fits with method validation: whatever the new method chosen, it is very important to validate its implementation on several manufacturing months. A good method has to detect efficiently outliers, likely-to-fail parts, with the lowest possible yield loss.

Very nice report. Anyway the pictures are pratically unreadable. Do you have a pdf version?

Hi Jeff only now I see the pdf. 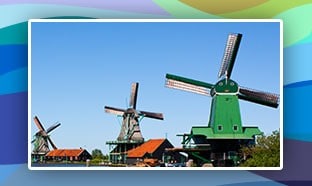