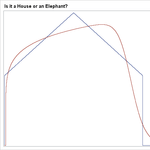 Shewhart charts are a direct plot of the data and are good at exposing different types of deviations from statistical stability. However, the Shewhart chart is not as sensitive to small changes in the process average; it is in this type of situation where we need a more sensitive chart. Cumulative sum (CUSUM) charts plot the cumulative differences between a process variable and a target, which makes them particularly sensitive to small deviations in the process mean from target. In this talk, we introduce the concepts behind CUSUM charts, and show examples of how easy it is to develop these charts using the new CUSUM Control Chart platform in JMP 14. This new platform emphasizes the use of decision limits rather than the traditional V-Mask, facilitating the development and interpretation of the charts. We will also discuss the use of cumulative score (CuScore) charts to detect changes in the parameters of a given model.