Plenary: The Flight of the Phoenix - Douglas Montgomery

The Flight of the Phoenix

The 1965 movie The Flight of the Phoenix is a story about a plane crash in the Sahara desert following World War II. One of the survivors says he's an airplane designer and that they can make a flyable plane from the wreckage of the demolished “flying boxcar.” The movie is all about the hard work and effort required to do this, and the all-star cast makes for a tremendously enjoyable adventure flick. There’s an interesting parallel between this movie and design of experiments. In the late 1980s, many academic statisticians declared design of experiments dead; an area in which all of the important, relevant research had already been done, and it was unnecessary to invest any further effort in serious study and research. This was while applications were expanding at an exponential rate. It turns out that the field was far from dead, and the period from the early 1990s to the present has been one of the most productive in terms of new design of experiments methodology and applications environments. This talk focuses on some of the reasons that some felt design of experiments was no longer of interest and some of the new developments and applications that have made this one of the most active and important fields of applied statistics. A true “Flight of the Phoenix.” 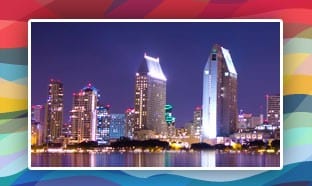