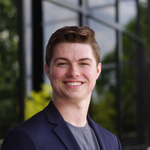 Chinese hamster ovary (CHO) cells are one of the "workhorses" in modern biotechnology for large-scale production of therapeutic proteins, such as antibodies. Populations of CHO cells grow in a well-defined medium and under well-defined conditions in a fermenter. During fermentation of CHO cells, both a small set of online data are constantly recorded and a discrete set of samples are taken equally distributed over the whole process. These samples are mainly analyzed for their metabolite content and represent the so-called offline measurements. Despite the almost constant conditions during fermentation, there can be a quite high variability in cell growth, process stability and protein production. This may be due to the different proteins produced, different pre-culture conditions before fermentation, mutations or other potentially unidentified factors. We are developing an analysis platform in JMP in order to address different questions around these topics by the analysis of our multivariate time series data. Major tools we use in this context predominantly employ the multivariate analysis methods JMP offers, such as principal components analysis and clustering, and also modeling methods, such as effect screening, partitioning or neural networks. These methods are complemented, for example, by the implementation of different time series similarity measures from the current literature with JMP Scripting Language and the use of existing R packages via the JMP and R connection.