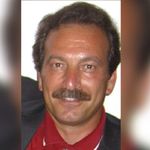 There is a necessity for plant breeders to accurately phenotype plants and select effectively for both yield potential and stability in the absence of the confounding effects of competition.

Prognostic breeding accomplishes this goal by evaluating plants for i) plant yield potential and ii) plant stability in the same generation.

The product of plant yield and stability is the plant prognostic equation which predicts the crop yield potential of single plants (Fasoula 2006, 2013)

Accurate measurement of the plant prognostic equation is accomplished by using the honeycomb selection designs which form moving replicates and moving grids to allocate entries under comparable environmental conditions (Fasoula 2008, 2013). An example of a replicated-21 honeycomb design is shown here.

The JMP software was developed as a useful tool for the construction of the honeycomb designs and the analysis of data in order to effectively select the best lines and the best plants within lines in prognostic breeding. This poster presents an updated version of the earlier version developed by Mauromoustakos et al (2006)