The SAFIRE Project and JMP®: What Makes Our Sun Shine?

Recent missions to local Earth and interstellar space, such as IBEX and Voyager 1 and 2, show unexpected fluxes of high-energy particles directed inward toward our sun. This, coupled with more recent observations of the solar minimum and high-resolution imaging of the sun surface from IRIS and SOHO, still do not fully explain certain phenomena. Why does the surface of the sun operate in the 3,000-4,000 K range, while the solar corona exhibits temperatures in the millions of degrees? How do the known current sheets attach our Earth to the sun? And why are they there? The scientific hypothesis of an externally powered sun has existed for nearly a century, and has recently undergone a revival due to these unanswered questions. For the purposes of this research, it is hypothesized that the emission of the sun, its composition, and its stellar classification is governed by a single mechanism: charged plasma affecting material at a different electrical potential. This presentation will share recent findings of the first of three phases of research known as SAFIRE (Stellar Atmospheric Function in Regulation Experiment). With JMP software, results of design of experiments (DOE), statistical analysis, data visualization, and regression analysis of electrical diagnostics from a unique three-dimensional plasma will be discussed. Further analysis using JMP from high-resolution emission spectroscopy and mass spectrometry will be shared. These results, along with high-resolution video imaging, point to strong similarities between certain phenomenon of the sun and SAFIRE, indicating the hypothesis of an electrical sun indeed warrants further investigation. 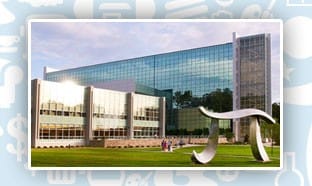