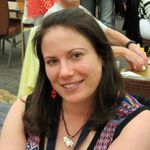 This is the fourth post in a series that shows how we conducted an observational study about office temperatures, from design to execution to analysis and visualization. See Part I, Part II and Part III.

One of the questions I had going into this study was – would the thermometers be sufficiently similar? The model we saw in Part III indicated thermometer was a significant factor. How did the thermometers differ? In the graph below, we used the Variability platform in JMP to create a visualization of thermometer by Fahrenheit. This is a simple chart showing all the data points and categorized by thermometer. It looks like T5 might be measuring higher than the others. The standard deviations are also shown, and T5 clearly has the highest variability.

The following Heterogeneity of Variance Test, a new feature in JMP 9, also clearly shows something is up with T5. The standard deviation is higher than it should be, compared to the other thermometers.

We'd like to know what's going on with T5. Is it really measuring higher? Is T5's range too wide? For a partial answer, we calculate the Least Squared Means available in the Fit Model platform. Here as well, it looks like T5 is measuring higher. We can also compare the means using Student’s t and observe the Connecting Letters report, which confirms that T5 is measuring significantly higher than all the other thermometers.

T4 is also measuring lower than the other thermometers. The remaining thermometers (in Group B) are not significantly different from one another. What does this mean? If we were to repeat this experiment, we would probably perform further testing on the thermometers and only use the ones that measured similarly.

In our office temperature model, volunteer was another factor that was significant. You would prefer things like thermometers and volunteers to be homogeneous, but in real life that is often not the case. Again, we turn to the LS Means Plot to compare measurements for each volunteer. In the chart below, we see two obvious anomalies with Volunteer C and Volunteer V – C measures much higher than everyone else, while V's readings are much lower. This may indicate that perhaps Volunteer C was not careful of the thermometer sensor, or that Volunteer V stood directly under a vent. The chart indicates that something is different about the measurements taken by these two volunteers.

In the next post, we’ll look at the factor type of space and explore the effects it has on office temperature. We’ll also look specifically at my office and determine if it really is the coldest office of them all!

What are some other ways we might analyze the data?