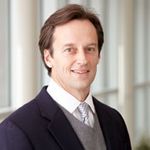 Last week, I had the pleasure of listening to Peter Diamandis speak at the 10th Annual SAS Health Care & Life Sciences Executive Conference. He is the founder of the XPRIZE, a founding member of Singularity University as well as a medical doctor, author and father. His talk was an inspirational discussion on how technology will advance health care and life in general for humans. He gave some compelling examples of future workplace computers and robots, the emotional response of humans to robots and the rate of increase in the number of users with connections to the Internet. He was a dynamic speaker, as well as humble and humorous.

For those of you not aware of the singularity movement, it was originally coined by Vernor Vinge and has been explored in detail in Ray Kurzweil’s book The Singularity Is Near, as well as by other science and technology authors. Conceptually, it means that science and technology are advancing at an exponential rate (feeding off each other; see Joseph DeSimone at TedMed for an example combining lithography and microfluidics to create bioavailable nanoparticles), and at some point we will reach an inflection point beyond which science fiction is no longer imaginable because it is actually possible.

In full disclosure, I share Peter’s beliefs in the singularity concept. I am more of an “accelerationist” than a singularist, but there is not a whole lot of difference until you join the clubs. With much of the focus of the conference being on health care, I wanted to provide possible scenarios of the impact of this acceleration of science and technology, with references, for cancer diagnoses.

You have been diagnosed with Stage 3 colon cancer. The treatment is complex, but the oncologist recommends a course of radiation, followed by chemotherapy, and he hopes this treatment will put you in remission. It is likely you will be sick from the side effects of radiation and chemotherapy, but there are other medications to lessen the symptoms – but they have side effects as well. The doctor tells you that it is not an exact science, but it is the recommended treatment.

The Netherlands passes a law that restricts doctors from prescribing cancer treatments without the support of prescription algorithms. Building upon evidence presented at the 2nd Forum of the European Society for Radiotherapy and Oncology, it is now clear that algorithms surpass all humans in their ability to prescribe complicated treatments for cancer patients.

23andme sends you an email notifying you that one of their algorithms has determined that your genetic profile indicates either prostate inflammation or cancerous tissue is likely within the next year or two. You receive advertisements on their DNA analysis service website for the latest boron neutron capture therapy or perhaps the PD-L1 receptor antibodies from a variety of pharmaceutical companies.

These proposed near-term futures are probable, and the singularists are definitely onto something. These disruptive advancements in science and technology will make smartphones seem unimpressive. As the JMP Life Sciences Product Manager overseeing products released by our Life Sciences Director Dr. Russ Wolfinger’s research teams, I have to consider how these disruptions affect our sophisticated genomics and clinical analyses that help feed people, provide safe products and save lives.

Along with these disruptive changes, we will start to observe more controversial social and cultural issues that have moral implications. Highly educated public policy experts with a knowledge of social, cultural and legal issues, like Dr. John Scott of UNC Chapel Hill, will be necessary to help people understand how to cope with these changes. We will also need to include bioethicists such as Paul Wolpe to disclose and discuss whether we should be modifying organisms to the extent that we can. As Peter Diamandis mentioned in his speech, often these disruptive technologies circumvent the current legal system, as there are no precedents. And it needs to happen quickly because researchers finally cloned the first human stem cells last week!

These are exciting times. Personalized medicine and disease modification are two big trends for the 21st century. An active researcher in the pharmaceutical industry has predicted that 100 years from now these two topics will be on the list of the "Top 10 achievements of healthcare in the 21st century." See the end of the article "The role of statistics in the top public health achievements of the 20th century [and beyond]."