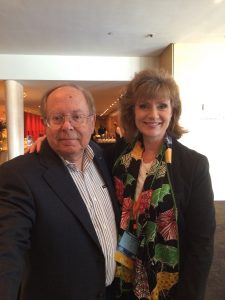 I once overheard someone call Arizona State University Professor Doug Montgomery their “DOE idol.” I’m sure others echo the sentiment because I’ve seen the warm welcome he receives at our JMP events when he discusses design of experiments (DOE).

Most recently, I’ve seen him give keynote talks at Discovery Summit in Amsterdam and San Diego. At both events, he spoke about the 1965 movie Flight of the Phoenix. Well, and DOE, too.

The movie is about a plane crash and one of the survivors who says he can make a flyable plane out of the wreckage. Montgomery says there’s an interesting parallel between its plot and the history of DOE. Believe it or not, there was an era when some thought DOE was dead.

But not Montgomery. While he received many rejections to his study proposals, he knew the academic statistics community was wrong. There were still interesting DOE problems yet to be solved.

He calls this “a blind spot that hit our field.” In fact, the applications were expanding in many different fields, and there was significant industrial interest.

If you’d like to hear Montgomery’s talk, it will air as an episode of Analytically Speaking on July 13 at 1 p.m. ET. You’ll learn about the four eras of DOE, constructing designs that reflect uncertainty in the model, and how DOE has become more accessible and useful to engineers and scientists.

You may even learn why several editions of his book Design and Analysis of Experiments have grapes on the cover. So there’s that! :)