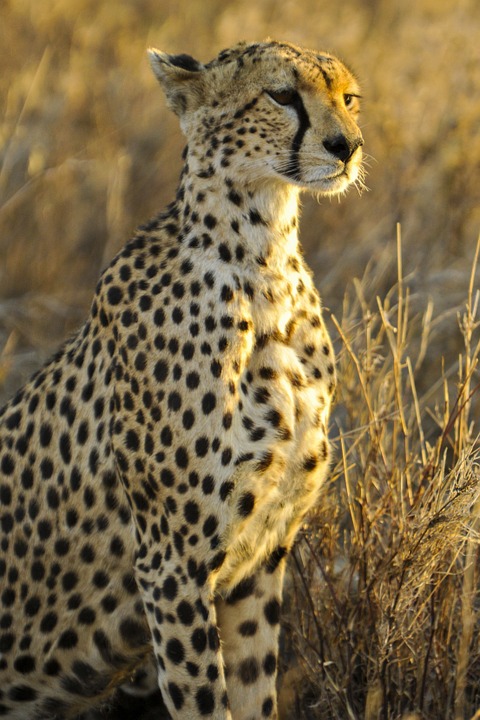 Earth Day focuses attention on big questions: What’s the future for Homo sapiens? How can we coexist sustainably with other species?

To stem the loss of biodiversity and ensure continued provision of essential ecosystem services, world leaders adopted the 20 Aichi Biodiversity Targets in 2010, to be fulfilled by 2020. One key target (Target 11) prescribes an expansion of the global protected area system to at least 17 percent of land surface and 10 percent of oceans.

One of the most revered conservation biologists of our time, E.O. Wilson, a Professor at Harvard and Duke, has an even bolder vision: We should set aside half the planet for the other species we share the Earth with.

That’s music to the ears of many who care about the future of our planet. But how to decide what to put aside to allow the majority of species to flourish? We’ll need not only political will, but more robust data on the numbers and distribution of the 16,000 endangered species we know (possibly 0.1 percent of all species).

Take one of the best studied species in the world: the cheetah. Much of its distribution across Africa (for example, Angola and Sudan) is completely unknown.

The cheetah (Acinonyx jubatus) is Africa's most endangered felid and listed as Vulnerable with a declining population trend by the IUCN Red List of Threatened Species. There are only between 7,000 and 10,000 cheetah globally, and Namibia has around a third of them.

The challenge of spotting cheetah

Spotting cheetah is not as easy as it might seem. You’d be forgiven for thinking such an iconic large cat, especially one that’s active during the day, should be pretty easy to count and geotag. Not so fast! Cheetah are surprisingly elusive, and generally have huge ranges, up to 1,400 sq km in Namibia. Roaming  across commercial farmland in Namibia, they are often persecuted for raiding domestic livestock and have learned to keep a low profile. As a result,  population estimates range from 2,905 to 13,520 and distribution maps show huge country-sized gaps over Africa.

Shortly after we’d formed WildTrack to monitor  endangered species, we were approached by the N/a’an ku sê Wildlife Foundation, based near Windhoek in Namibia. The conservationists there were trying to make peace with local landowners – who were mostly tough, no-nonsense Afrikaaners – to mitigate human/cheetah conflict. Unless the Foundation could relocate troublesome cheetahs to new areas, the farmers would simply shoot them. At that point, the then-Director of Research, Dr. Florian Weise, was convinced by his own trackers that footprints offered a new key to censusing and managing Namibian cheetah populations, helping understand distributions to keep cheetah and livestock separate. He reached out to us to ask us if FIT could help.

Our first step in developing the FIT algorithm for the cheetah was to collect a "training data set" of footprints from cheetah of known ID, age-class and sex. Drawing on lessons learned from tiger footprinting at Carolina Tiger Rescue in North Carolina, we thought about adapting the technique to Namibian conditions. Florian and his expert team at N/a’an ku sê engaged the capable help of Chester Zoo in the UK, the Cheetah Conservation Botswana, AfriCat and Foundation SPOTS in the Netherlands, where the training data set of cheetah footprints would be made.

We had some initial challenges finding the right substrate texture to hold clear prints. We tried different sand/water mixtures and experimented in coaxing cheetah to walk at a "natural" pace over the sand trails we laid. Before long, we demonstrated that captive cheetah can directly contribute toward the conservation of their wild counterparts through their footprints and had collected 781 footprints (male:female ratio was 395:386) belonging to 110 trails, from 38 cheetah. 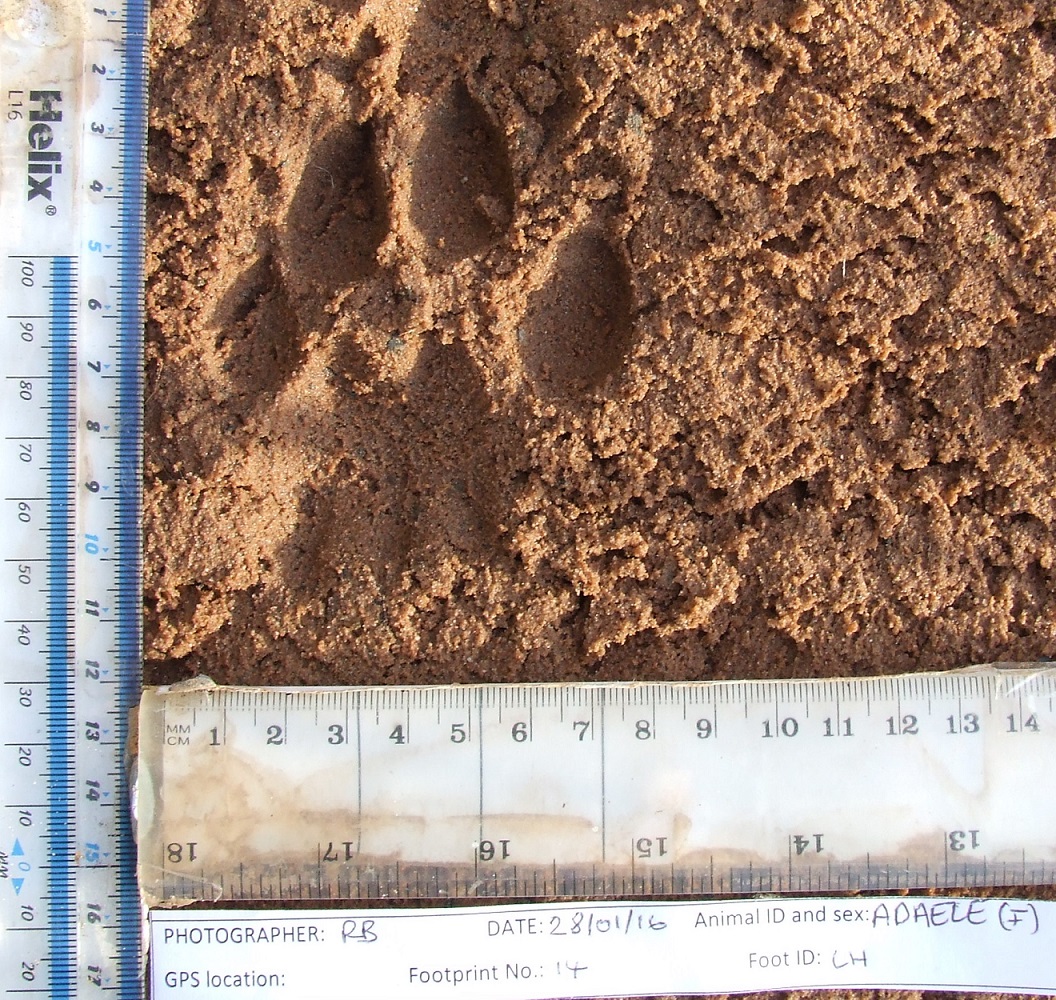 The digital images of footprints were then ready to be processed in the FIT software that runs as an add-in to JMP data analysis and visualisation software from SAS. FIT first takes the prints and optimises their presentation and orientation to a standardised format. It then allows measurements of distances, angles and areas to be made between anatomical points on the footprint image.

These are fed into a robust cross-validated discriminant analysis and the output processed by Ward’s clustering. The resulting output is a dendrogram that allows us to tweak the algorithm to provide classification for the number of individuals, sex and age-class. For cheetah, we have consistent accuracies of >90 percent for individual identification. 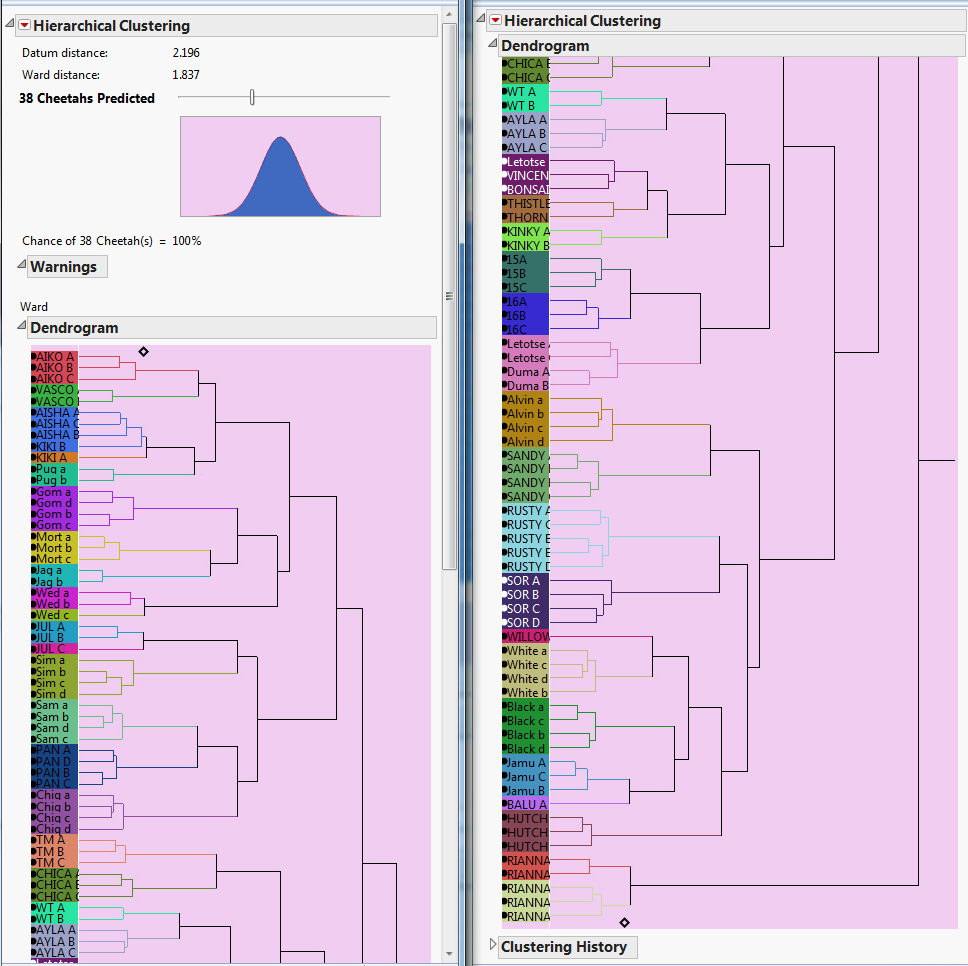 Last year, we were approached by the Journal of Visualized Experiments (JoVE) to publish an article. JoVE is the world’s first peer-reviewed scientific video journal and offered us an ideal opportunity to communicate about FIT in JMP for cheetah to a wide audience.

The FIT algorithm for cheetah is up and running in the field. Duke University Master's student Kelly Laity, supervised by Professor Stuart Pimm, N/a’an ku sê and WildTrack, has categorized the quality of footprints that can be used by FIT. We’re now going to apply the technique to monitoring cheetah at N/a’an ku sê fieldwork sites and are confident that it will begin to shed light on true numbers and distribution of cheetah.

FIT algorithms for many other species are in the pipeline, and together with many emerging technologies in conservation, engineering, forensic science, computer science and other disciplines, can begin to map species better.

Moving forward, if we are to set aside land for other species, we’ll need to make more efficient use of the land we have. We’ll need new technologies to intensify agriculture and develop innovative architectural engineering strategies to make cities healthier and better places to live.

Earth Day is a day to think about the challenges we face. How we approach them will, quite simply, determine our future on Earth. E.O. Wilson’s clear vision is a wonderful start.

To learn more about WildTrack, here's a quick look at our mission: