There are many reasons to attend Discovery Summit Europe. It’s in Amsterdam for one thing!

But if you’re looking for a conference that offers more than an amazing location, you’ll appreciate the intriguing speakers we’ve invited.

These leaders in statistics, technology and innovation will lead us in the exploration of broad analytics ideas. Attend the conference to hear them speak and meet them in person. 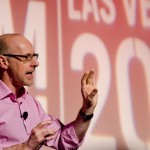 Richard J. Wiseman is the only Professor of the Public Understanding of Psychology in the UK, and Scientific American has described him as “… the most interesting and innovative experimental psychologist in the world today.”

He has written many books, including one on the science of luck, and he hosts the Quirkology YouTube channel. He has devised studies for popular television shows, including National Geographic Channel’s Brain Games, History’s Your Bleeped Up Brain and Discovery’s MythBusters. (Photo Credit: Antje M. Pohsegger) 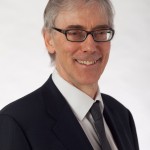 David J. Hand, two-time former President of the Royal Statistical Society, uses statistics and real-life stories to explain the commonplace nature of extraordinary events, as outlined in his book The Improbability Principle.

In 2013, he was appointed Officer of the Order of the British Empire (OBE) for services to research and innovation. He is the Chief Scientific Advisor to Winton Capital Management in addition to his post as a Professor at Imperial College, London. 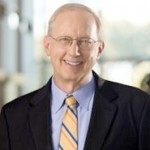 John Sall is co-founder and Executive Vice President of SAS and the creator and primary architect of JMP.

He is a Fellow of the American Statistical Association and the American Association for the Advancement of Science, the world’s largest general scientific society. He is a frequent contributor to the JMP Blog and feels quite at home when he demonstrates JMP on the Discovery Summit stage. 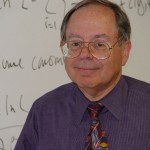 Douglas Montgomery is a leader in the fields of engineering and statistics, specifically the design and analysis of experiments.

He has won many awards for his work, including the Shewhart Medal, the Brumbaugh Award and the Hunter Award, to name a few. He is a Fellow of the American Statistical Association, the American Society for Quality Control, the Royal Statistical Society and the Institute of Industrial Engineers. He is also an Elected Member of the International Statistical Institute.