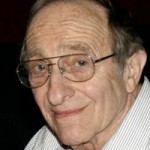 On Thursday, Sept. 15, at Discovery Summit in Denver, our keynote speaker will be David Salsburg, who wrote the book The Lady Tasting Tea: How Statistics Revolutionized Science in the Twentieth Century. David has had an impressive career that includes academia, industry and writing books.

He was the highest rated speaker at a data mining conference that SAS put on a few years back, and I just love his attitude that "statistics is fun," as he says in his interview below. Conference attendees will have an opportunity to meet David at a book signing around lunchtime on the day of his speech, which has engendered some jealousy on the part of one our JMP colleagues. Every time he sees a copy of The Lady Tasting Tea on one of our desks, he tells us he wishes he were going to Discovery Summit so that he could meet David.

I recently "chatted" with David via email about his book, analytics and his work, and here's our exchange:

You’ve given a lot of speeches or talks. Tell me about one you particularly enjoyed and what made it so memorable.

When I left academia (back in 1967), I had been used to constructing sophisticated elaborate mathematical structures on well-defined data, which consisted of short vectors of many independent observations. In industry, I discovered that “real” data doesn’t look at all like that. In drug research, for instance, patients may or may not come to the clinic when they are supposed to. Measurements are taken on them, sometimes multiple measurements of the same thing. They are poked and prodded, X-ray beams course through them, along with catheters, all of them measuring a huge collection of highly interdependent data.

So, I went back to my colleagues in academia with a talk I titled, “The Curse of Dimensionality,” borrowing the phrase from Richard Bellman. At one school, the department secretary who was putting together the notices realized that this was a typo and corrected it to “The Curves of Dimensionality.” As a result, several people came to the seminar expecting some sophisticated calculations in differential geometry and found themselves buried in the muck of real data instead.

You will be a keynote speaker at Discovery Summit, which focuses on analytics. How did you discover the importance of analytics?

Analytics is a new name for something that has been around for a long time. In the late 19th century, Karl Pearson tried to “understand” collections of biological data by creating a collection of related probability distributions and trying to find out which best fit the data at hand.

In 1919, R.A. Fisher was handed the accumulated results of 90 years’ experimentation at the Rothampstead Agricultural Experimental Station. In looking at the influence of rainfall on output of grain, he divided the models in long-term, medium-term, and short-term trends. Cursed as we are today with inexpensive memory and rapid data acquisition methods, we still have the problem that Pearson and Fisher faced: How do we structure all this junk in order to discover what gems lie within? It’s just that we now have much more junk, and hopefully a few more gems.

What kinds of books and blogs do you like to read and why? Do you have any recommendations?

I’ve been “retired” since 1995 and have been taking it a little easier than when I had a 9-5 job. I used to keep up with eight journals (plus articles called to my attention by colleagues). I’ve cut back and follow only two with any regularity, glancing at the titles and some abstracts in two others. I started my retirement by going to the local library and looking into all the fiction that had been published while I was busy working — some of it was actually pretty good.

Some of our grandchildren contribute to blogs, so we read those. But, I guess I’m an antiquarian in my heart, so I’ve been reading the scientific classics, like Laplace’s Celestial Mechanics. If I have any recommendations, I’d suggest people go back to the first 20 years of the journal Biometrika and read Karl Pearson’s editorials. He was a man who was interested in everything and had some amazing insights into all of them.

What are the big insights you hope readers take away from your book The Lady Tasting Tea?

The Lady Tasting Tea was written at the urging of my wife, Fran. We had just attended a memorial service for a famous academic statistician. At the service, I had talked to his children and grandchildren — and none of them had any idea of what he had done or why it was important. Fran said to me, “You enjoy statistics, and you’ve told your family many stories about your work, but can you explain what it is that is so exciting to someone who has no mathematical background?” So, the book starts on that note.

Statistical models deal with collections of data, rather than individual values. There were (and still are) some pretty wild characters who participated in the development of these models, so there were some interesting personal stories to tell. "And,” said Fran as I started, “don’t forget the women.” So, I brought in people like F.N. David, Gertrude Cox, Stella Cunliffe and Nan Laird. What message should my readers take away? Well, like all other types of science, statistics is fun. If what you are doing is so IMPORTANT that you can’t have any fun doing it, then you are in the wrong field.

What are you busy working on these days?

I’ve been teaching a course in the fall at Yale University for the past seven years. I do some consulting. I wander around the country with my wife, visiting children and grandchildren and giving talks when invited. I just finished a book describing what happened to the American presidents after they each retired. I learned a lot in writing the book, but I can find no publisher interested in it. I’m working on a sequel to The Lady Tasting Tea. I also have continued to publish articles when I find something worth communicating.

[...] and Executive Vice President of SAS, John joins Jeff Ma, David Salsburg and Jonah Lehrer in the lineup of featured speakers at the [...]