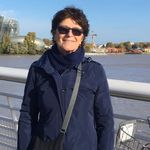 While searching the Web for jokes and amusing videos for students considering studying statistics, I came across a cool video in which Oxford mathematician Peter Donnelly talks about stats and gives some examples of common mistakes people make when interpreting stats. In the last eight minutes, he describes a famous court case where stats were misused, with the unfortunate consequence of contributing to a homicide conviction of a mother, Sally Clark.

In his animated (and I think captivating) 21-minute presentation, he addresses the question, “Are we good at reasoning with uncertainty?” and talks about randomness, probability (like the probability of flipping a coin repeatedly to get Head-Tail-Tail vs. Head-Tail-Head), competing explanations, assumptions of independence and false positives. He also gives an example of applying stats to tests for diseases.

Donnelly is a probability theorist who applies statistical methods to genetic data. He’s involved in the International HapMap Project, which created a public resource to help find genes associated with human diseases and responses to drugs. He's also an expert on forensic DNA profiling. Coincidentally, the New York Times, on June 14, 2010, gave a 10-year update on HapMap.

I still haven't found a good comedy act or music video on statistics. (Well, I found a good one, but it was a bit obscene.) Do you know any that are suitable? If so, please share them in a comment.

Here's the best stats song I could find ... some of my students like it

this one has some good jokes:

That was an excellent presentation. He highlighted big stumbling blocks for probability calculations and interpretation.