The Car Poll.jmp sample data in JMP contains data collected from car polls. The data include aspects about the individuals polled, such as sex, marital status and age. The data also include aspects about the car that respondents own, such as the country of origin, the size, and the type. We may want to explore relationships between sex, marital status, country and size of car to identify consumer preferences.

A key part of correspondence analysis is the multidimensional map produced as part of the output. The correspondence map allows you to visualize the relationships among categories spatially on dimensional axes. In other words, you can see which categories are close to other categories on empirically derived dimensions. 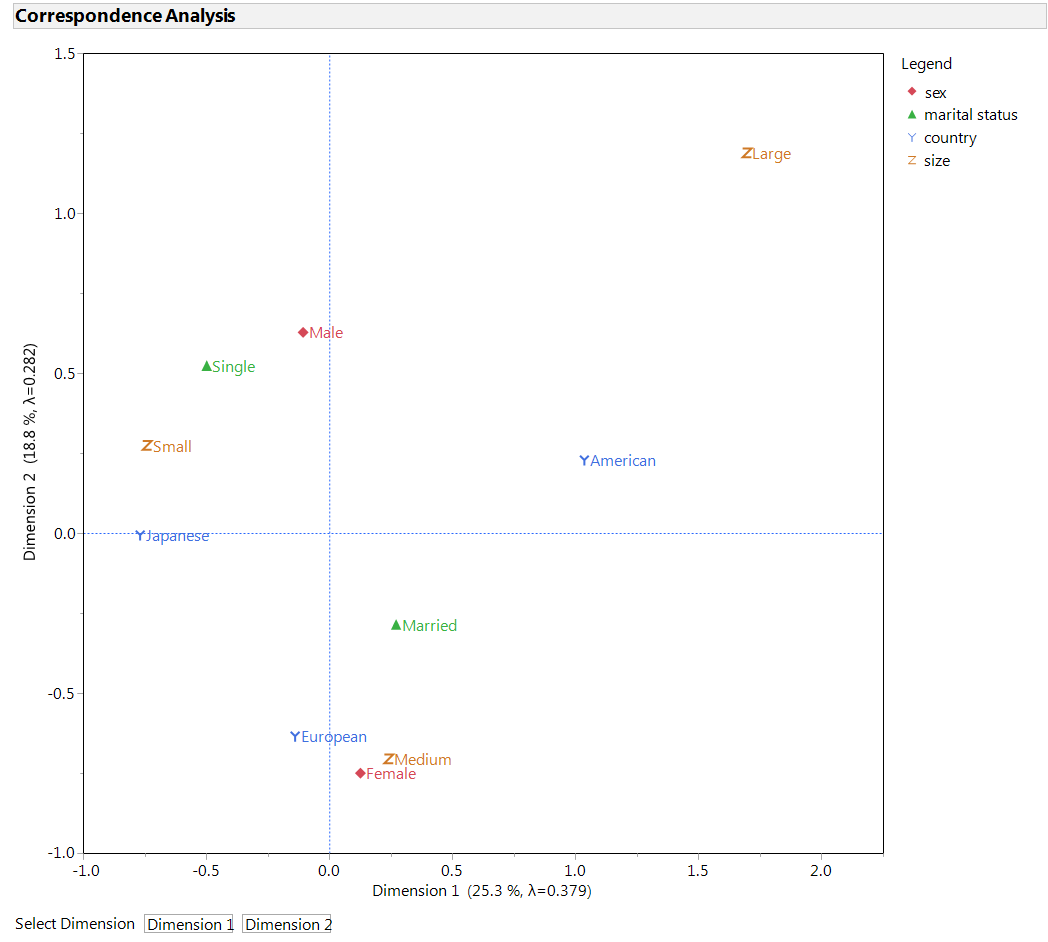 Once JMP 12 becomes available later this month, I hope you can explore the new MCA platform with your own categorical variables. I look forward to your feedback.