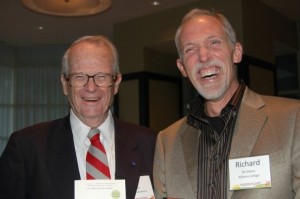 J. Stuart (“Stu”) Hunter is the statistician we are celebrating in the month of March in this International Year of Statistics. He is considered by many people to be one of the most important and influential statisticians of the last half century, especially with regard to applying statistics to problems in industry.

Hunter was born in Holyoke, Massachusetts, in 1923. He turned south for his higher education. He received a bachelor’s degree in electrical engineering in 1947, a master’s degree in engineering mathematics in 1949, and a doctorate in experimental statistics in 1954  -- all from North Carolina State University, the birthplace of SAS. His doctoral thesis supported the emerging response surface methodology and the properties of the central composite design, in particular.

Before teaching, Hunter worked on statistical problems at the American Cyanamid Company as a staff statistician. Then he became a member of Mathematics Research Center at the University of Wisconsin – Madison. Finally, he took a position in 1961 as an associate professor of civil engineering at Princeton University, from which he retired in 2009 to become Professor Emeritus. In addition to his university classes, he taught many classes about design of experiments  in industry as well as for professional organizations such as the American Society for Quality and the American Statistical Association.

Hunter has always stressed the importance of clear ideas and definitions. It isn’t that he believes that statistics is inherently confusing, but rather it is a complex and profound subject, and it abounds with nuances that we might otherwise confuse without these clear distinctions. For example, students often struggle with the distinction between parameters (model) and statistics (estimation). We had a long discussion once in which he suggested that we should use separate terms for parameters and their associated statistic, like mean (parameter) and average (estimate) or standard deviation (parameter) and scedastic (estimate). 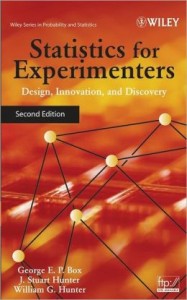 For many people, Hunter is best known as an author of one of the most successful textbooks in statistics, Statistics for Experimenters: An Introduction to Design, Data Analysis, and Model Building, which he wrote with Bill Hunter and George Box. The first edition was published in 1978. The 25th anniversary edition was a bit late; it was published in 2005 and the subtitle changed to Design, Innovation, and Discovery. This second edition was completely rewritten to incorporate many new ideas and methods, such as optimal design of experiments and Bayesian analysis. He also published Introductory Engineering Statistics in 1982 with Irwin Guttman and S. S. Wilks.

Hunter has always taken advantage of the latest ideas about education and educational technology. He produced a boxed set of books, Design of Experiments, and recorded a set of lectures in 1961 at the dawn of black and white television. Long before CGI effects, he used many innovative props and devices for interactive demonstrations of the concepts he taught. Who else would think of using a golf cart in a statistics lecture? See for yourself! The video recordings are now available on YouTube as Stu Hunter Teaches Statistics as a courtesy of JMP. And if you'd like to see Hunter talk statistics with David Salsburg, author of The Lady Tasting Tea, more recently, watch this video. 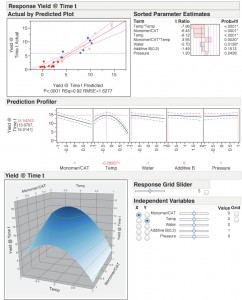 Hunter has many interests, but two interests that he has promoted are Evolutionary Operation (EVOP) and EWMA for automated process control. He also promotes the teachings and methods of quality management by W. Edward Deming. Of course, in the time of Big Data, he is now investigating developments in data mining and machine learning.

Hunter served as the president of the ASA in 1992. He was a founding member of the Environometrics Society.

He also oversaw the launch of Technometrics as its founding editor in 1959. This quarterly journal is published jointly by ASQ and ASA and is a vital source of papers about research in applied statistics for industry. Recent papers include Multivariate Geostatistics, A Robust Standard Deviation Control Chart, and Bayesian Computation Using Design of Experiments-Based Interpolation Technique, just to name a few.

Hunter has been recognized internationally throughout his career for his accomplishments as a teacher and a researcher in statistics and quality methods. He became a fellow of the Royal Statistical Society, the American Association for the Advancement of Science, the ASQ, and the ASA. He received the Brumbaugh Award twice (1959, 1985), the Shewhart Medal (1970), the Ellis Ott Award (1978), and the Deming Medal (1986) from the ASQ. He became an Honorary member of ASQ in 1998. He was honored by the U. S. Army with their Wilks Medal in 1987. The ASA presented him with their Founders Award in 1994. He was elected to the National Academy of Engineering in 2005.

Hunter is especially fond of the format used by the Gordon Research Conferences, in which there is much time given to each topic (two hours) and discussion is strongly encouraged. There is ample time for participants to continue discussions outside of presentations, too. This format leads to deeper exchange of knowledge and deeper working relationships, and is in contrast to the large conference format that requires very brief presentations with little time for discussion. 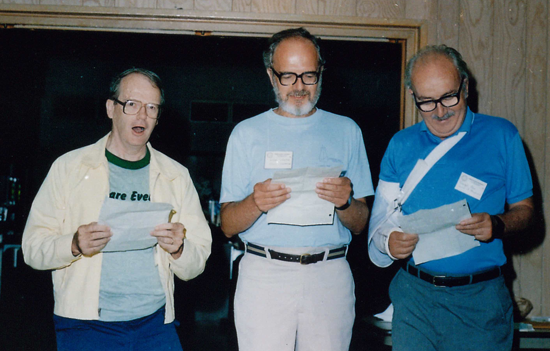 He has lobbied for a new conference about applied statistics that adopted the GRC format. He recently got his wish. The inaugural meeting of the Stu Hunter Research Conference will take place in March. It is simultaneously a celebration of statistics and his 90th birthdaylater this year. Let’s wish him a happy birthday, and many happy returns of the day!

It is difficult, if not impossible, to describe someone as important and accomplished as Hunter with a single word, so I will use two words: enthusiasm and inspiration. You sense his enthusiasm as soon as you begin talking with him. It is infectious. Moreover, you leave feeling inspired to act on whatever you discussed with him. Those are the characteristics of a very special person, and statistics is lucky to have had such a person for so long.

Current and former students and colleagues are invited to share their news and stories about Stu in the comments below.

Perfect choice! I first "met" Stu back in 1975 when I convinced my boss at Rohm and Haas Company to let our group (technical computing in R&D) take Stu's *videotaped* lectures (with workbooks) on Designed Experiments - no doubt the YouTube series you mentioned. They were most excellent! :-) Then I convinced my boss to hire Stu as a consultant to guide our continued learning and application of DoE. He came every month and not only advised us on our latest projects, but also always left us with the "next thing we should be learning about."

He is without a doubt the best teacher and consultant I ever worked with...I have strived to emulate his approach in my teaching and consulting - first in industry and now in healthcare. :-)

I couldn't even guess how many readers, students (both undergraduate and graduate), fellow professors, researchers, and statistics enthusiasts throughout the world have either read or pulled Stu's experimental design book off the shelf, but, I can imagine that it approximates one million. I have said it to him before, and, I will say it again; he is a father image to me and not just an author. He is an unforgettable character, a true gentleman. He is bright, witty, and caring. Most of all, he is humble. This last characteristic is his most enduring because he is held in such high repute and esteem among his peers and accepts same without fanfare. May Stu always "be of good cheer" because he has allowed me (and my company) to be so for more than half a century. Long live Stu Hunter!

If Stu referred to someone as a "scoundrel" you knew you were getting a high compliment. I was very lucky to have Stu as my senior thesis advisor in Chemical Engineering at Princeton. His infectious enthusiasm for the scientific method and the role of statistics in it led me to take graduate work in the subject at the University of Wisconsin and a career in industrial statistics. I am forever grateful for his guidance and the impact he had on my career path. As I prepare to attend my 50th Princeton reunion I will be looking to see his smiling face so I can once again say thank you from one of his scoundrels. He is loved by many who have been fortunate to have him as a friend and mentor by example.

[...] century, especially with regard to applying statistics to problems in industry," as our blogger Mark Bailey wrote in March. That same month also marked the inaugural Stu Hunter Research Conference, held this year in [...]

Stu, Congratulations on your 90th and recognition as one of the great statisticians! I remember well all the good talks you gave at the Gordon Research Conference over the 25 times I attended from 1961 through 1987. Particularly, in 1966 when there was an airline strike the weekend the conference was to begin and most if not all of the speakers were no-shows. In the breach you talked about what you called super-saturated designs - and in the discussion after your idea was torn apart - but we all learned an awful lot about information theory as a result. It was one of the best sessions I ever experienced.

Later, in the 1990's you served as the outside stat consultant on the $41M Auto/Oil research project. The support you gave me was very much appreciated.

Another important contribution of Stu is his tireless efforts to spread the "message" to all corners of the world; he came all the way to Singapore, among other destinations in Asia, several times, benefitting a large number of people directly. I am privileged to have spent time with him on many occasions in the U.S. and in Singapore. What a warm personality he has (besides all his contributions to Statistis that we rave about...)