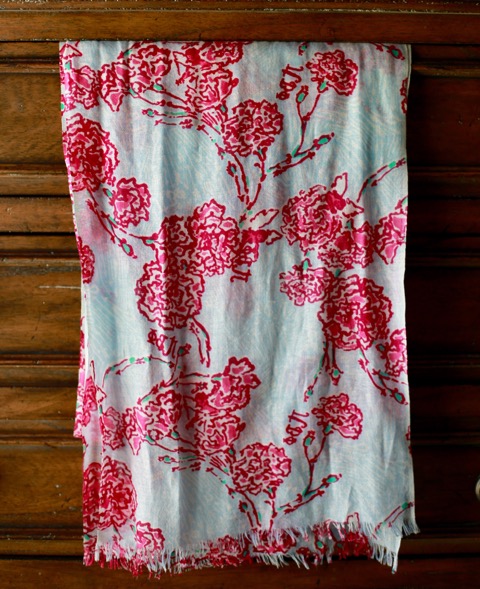 When collecting information for the previous blog post, I actually collected more than 500 observations for the maxi dress, recording the size at the same time. When I was collecting the data, it became very apparent that the final prices had a lot of variability. So even with the large data set, it wasn’t clear if we were going to find anything.

I typically like to go to Graph Builder as my first stop to explore the data. There’s little I had to do to start exploring, except for changing the value ordering on the size to be in the order we expect to be comparing. 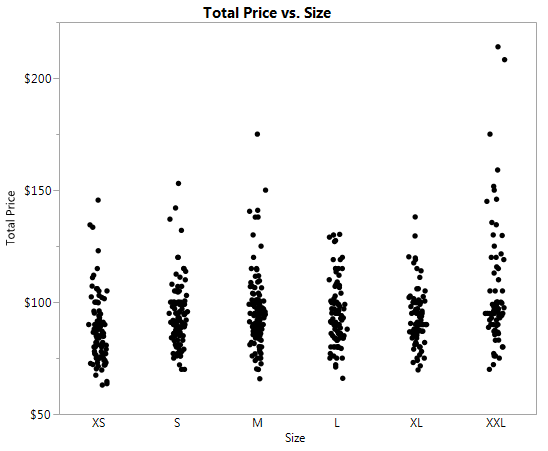 You may notice the 2 XXL data points above $200. These were inflating the variance, and actually do influence the results if they’re kept in. It’s easy enough to exclude them by selecting them in the graph and choosing Rows -> Row Exclude, or excluding them when selected in the data table. A box plot shows the data is slightly skewed, but it’s not immediately obvious that there are any differences. 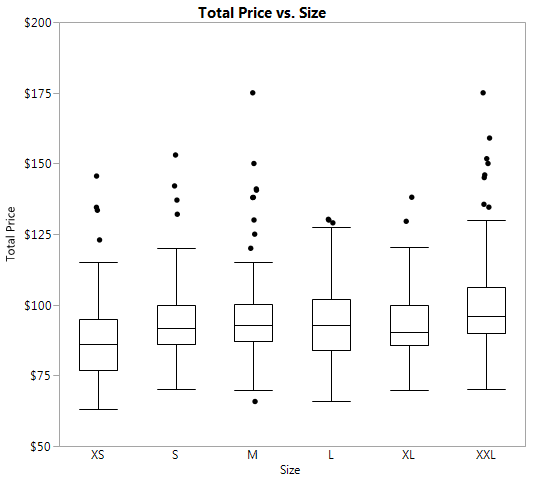 However, even with the noisy data, I've collected enough data that hopefully I have a small enough standard error for the group means to start detecting a difference. Going back to the points option along the top of Graph Builder, I can choose to look at Summary Statistics such as the mean with a 95% confidence interval. 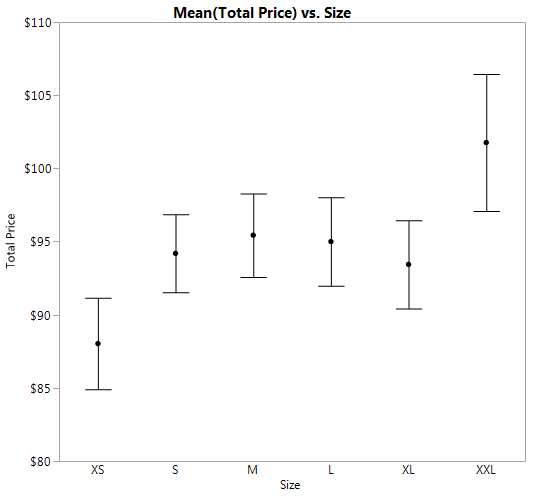 Now there certainly looks like some evidence of differences. It appears that indeed XXL size commands a premium price, while the XS may not have near the same demand. Based on this plot, running an analysis of variance does indicate there is a difference, and I was curious to try the Tukey HSD multiple comparisons in Fit Model. 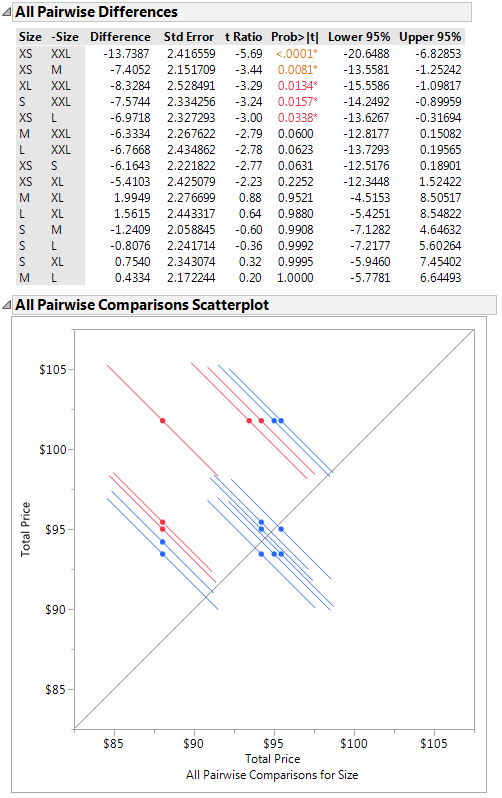 We see from the table (sorted in order of significance) that XXL is coming out as significantly larger than XS, S, and XL (and marginally vs. M and L). It’s also notable that XS is also showing up as significantly cheaper than M or L. So, at least based on the maxi dress I collected data for, there are premiums being paid for certain sizes, particularly XXL.

I was skeptical at first that we would find any difference between the sizes, especially when I saw how variable the total prices are. I should have known not to doubt my wife! These prices are really just based on the sales right after the event – it would be interesting to see if this trend changes over time, as the initial excitement wears off. Thanks for reading!

Thanks for the comment! The data is now posted in the community forums: https://community.jmp.com/docs/DOC-7423