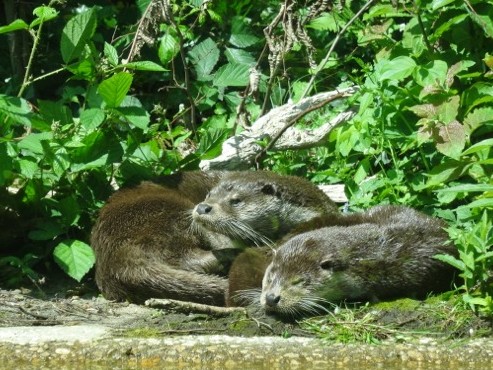 In order to protect endangered species, it's essential to monitor them. Our mission at WildTrack is to develop and implement better techniques for monitoring endangered species. Specifically, we’re interested in non-invasive and cost-effective approaches to monitoring, and our footprint identification technique (FIT) is an example of such an approach.

Since we founded WildTrack in 2004, we’ve developed FIT algorithms for charismatic endangered species ranging from Polar bear to cheetah and from Giant panda to mountain lion. We’ve worked with animals ranging in size from African elephant to European dormice, and our project partners now span five continents.

Will it work with river otters?

When Frederick (Freddy) Kistner, a Master's student at the University of Koblenz-Landau in  Germany, approached us in 2014 to ask about the possibility of using FIT for a European river otter survey, we thought it would be a pretty straightforward task. Freddy adopted an ambitious plan, as he says in a recent article: 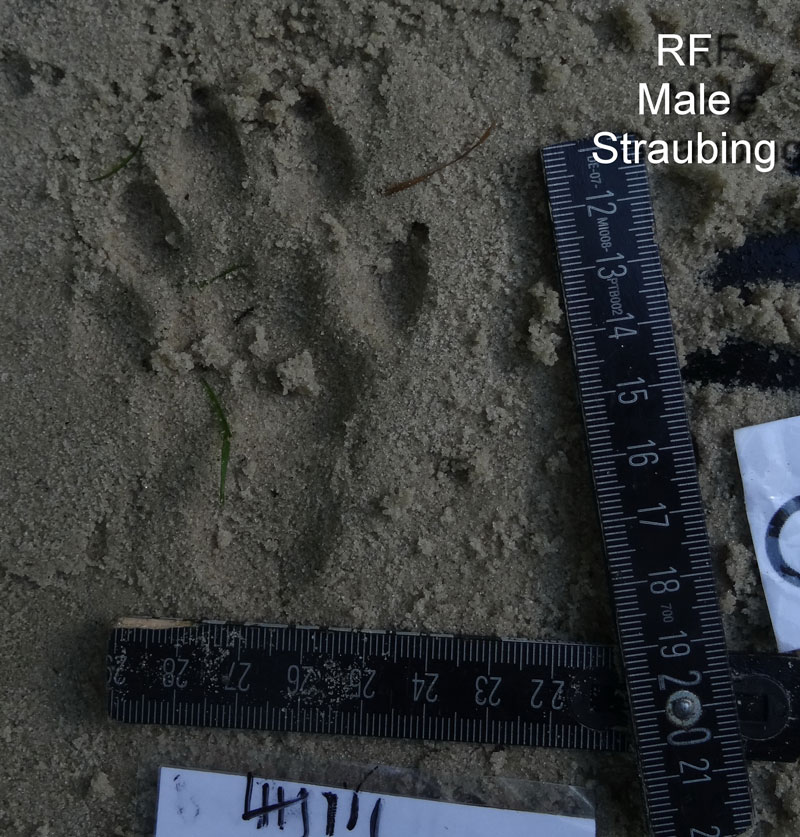 “I had to start by collecting a reference database of footprints from known (captive) otters. I visited several otter holdings in institutions all over Germany and Austria in 2015. Naïve as I was in the beginning, I thought I could easily visit one zoo per day!”

As it turned out, the otters were about the most challenging animals we’ve worked with.

Freddy learned this the hard way over a wet, cold winter in German zoos with slippery otters dodging his carefully laid sand trails.

But he was determined not to be outsmarted by his elusive subjects. “I managed to collect over a thousand footprints of 12 animals,” he writes.

Which foot is which?

With a mixture of determination and patience, he collected more than a thousand otter prints for his training data set. But there were more challenges in distinguishing between left and right, front and back feet: 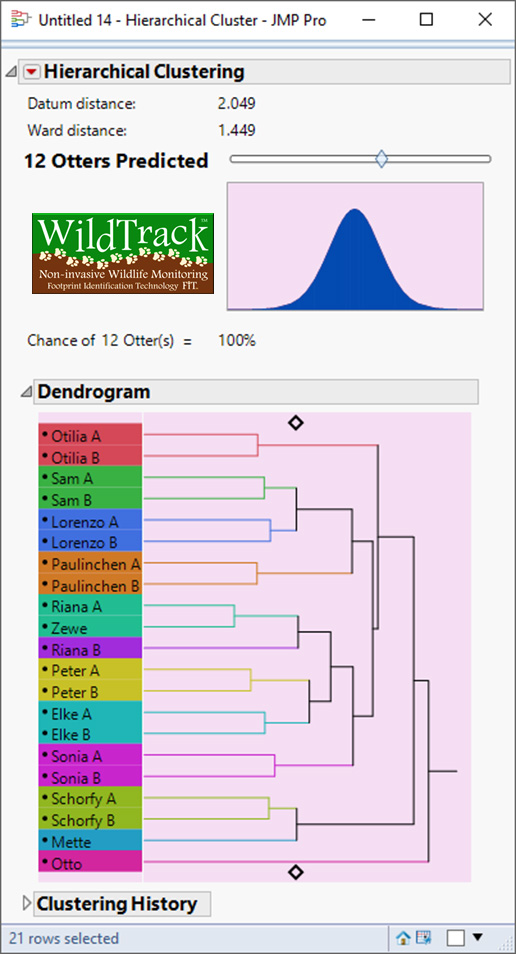 The FIT method was adapted to work with otter footprints.

“Eventually, we came up with a very straightforward solution to distinguish between feet and prominent features. The way we selected the features enables us to also work with incomplete footprints since 'perfect' prints only occur on about one-third of all prints found in the field. This gives us the chance to work with a higher number of replicates that makes the statistics more robust.”

Not only that, but he adapted our FIT script in JMP for his own needs. He explains:

“I learned to use the FIT add-in, in JMP data visualization software, and I’m currently working on the algorithm. The first results are more than promising. Models of the right front feet show accuracy rates of more than 90%.

"Since it is sometimes hard to find continuous trails of otters that have a high enough number of the same foot as necessary replicates, I also developed a model that contains right front feet and mirrored left front feet.

"With this model, I currently have success rates of more than 80%. These numbers are not final since there is still some testing to be done. However, they indicate that the European fish otter is another animal that can be individualized by using FIT.”

Perhaps best of all for us, Freddy is now training and transferring the otter FIT technology to other otter researchers. 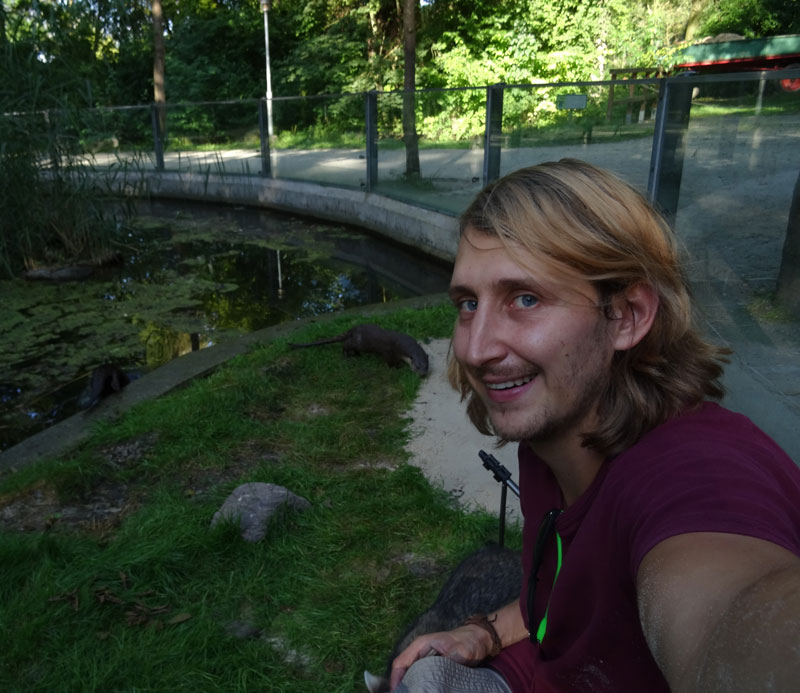 The full article by Freddy is available on the WildTrack site.