Sign In
Turn on suggestions
Auto-suggest helps you quickly narrow down your search results by suggesting possible matches as you type.
Showing results for
Show  only  | Search instead for
Did you mean:
Our World Statistics Day conversations have been a great reminder of how much statistics can inform our lives. Do you have an example of how statistics has made a difference in your life? Share your story with the Community!
Topic Options
Highlighted

Here is some interesting data that I stumbled upon yesterday via a friend:

There is a complete list of Academy Award winners and nominees for 80+ years.

The JMP File I have attached has only the Actor/Actress awards for leading and supporting roles.  I have amended the data to include how many times each Nominee has received a nomination for leading or supporting roles and the first year they were nominated.

My question was whether individuals with more nominations (say a Merle Streep or a Jack Nicholson) was more likely to win.  Exploring the data finds some interesting results, it seems that there is a growing trend of nominating less experienced (less nominations) among leading actor roles.  I think this may be neat data to play with in a classroom setting. 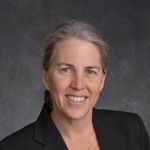 Thanks for sharing Jason!