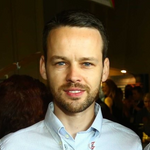 I know that I can fold my code with additional folding keywords.

But if I have simple commands, what is the best way to fold / which keyword to use?

For example, I would like to fold the following code:

I can use Function keyword to fold but this solution doesn't seem to be perfect.

I am looking for some clarification. Do you want each Print function to have it's own fold, or are you wanting to have a simple method to take just be able to group several lines of code and have that defined as a fold? Or are you having a specific issue with the syntax error in the function you specified in your discussion entry?

It might be nice to have a keyword function called Fold() that when specified, does nothing more than to place whatever code is in the function into a fold, but not have to actually specify that it needs to be called after it is defined....

But short of that, I believe the easiest way to do this is to use an Expr() to isolate the code

I would like to "group several lines of code".

Working with Function keyword or with Expr is ok, but

I use expr() to fold blocks but it has similar issue.